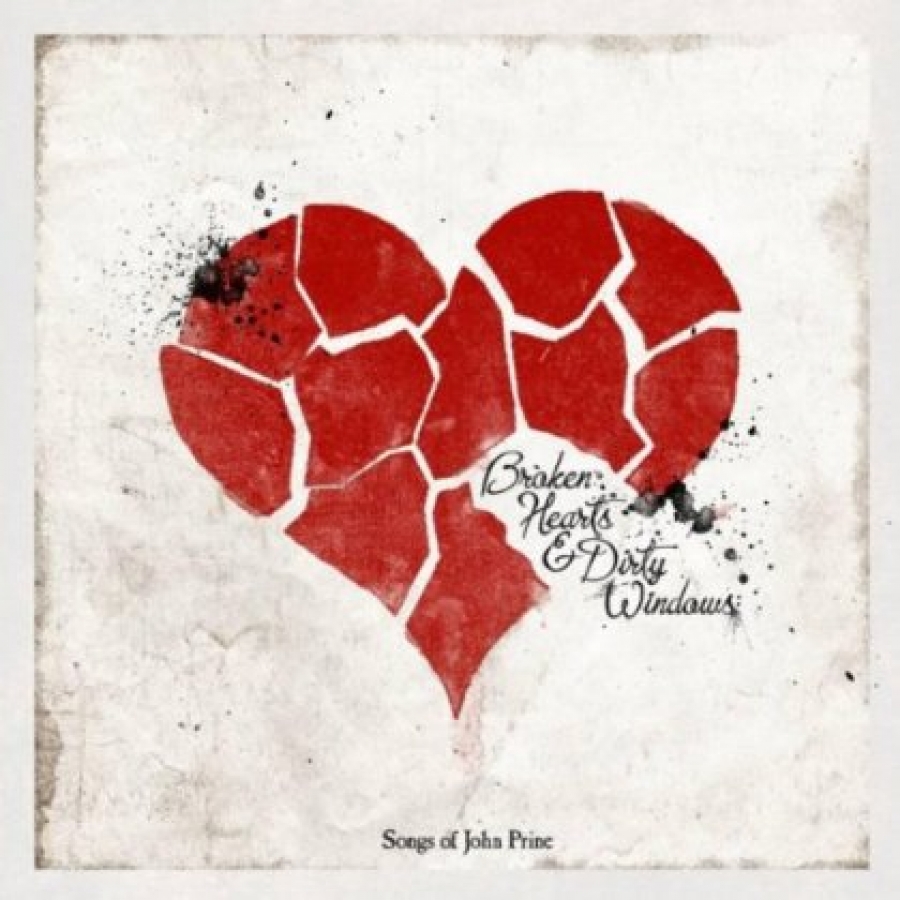 A superstar cast of indie-artists that range from Josh Ritter to Drive-By Truckers come together to pay homage to one of the great country/folk songwriters on a new tribute album. Broken Hearts & Dirty Windows: Songs of John Prine is, for the most part, a younger cast of admirers taking a deep look at the songbook of John Prine.

Often when it comes to these types of tribute records it's easy to tell whether or not the artists recruited to participate are truly fans of the honoree. On this compilation, the twelve artists choose songs spanning from nine different John Prine albums. The album features a few of his better-known songs like "Angel From Montgomery" as done by Old Crow Medicine Show or "Spanish Pipedream" taken on by The Avett Brothers, but a nice portion of the record highlights some less familiar, equally as deserving numbers. Justin Vernon of Bon Iver, who in addition to an insightful written introduction on the sleeve of actual album, contributes a haunting version of Prine's "Bruised Orange (Chain Of Sorrow)" that serves as the album opener.

Other standout performances come from My Morning Jacket who tackle "All The Best" and Those Darlins, an all female cow-punk trio, who reinvent "Let's Talk Dirty In Hawaiian". Broken Hearts & Dirty Windows: Songs Of John Prine is actually being released on Prine's own record label, Oh Boy Records, which would point to the thought that the man himself approves (and that's never a bad thing). Ultimately what this new compilation succeeds at is celebrating these beautiful songs and assuring that the work of John Prine is enjoyed by a wider audience.