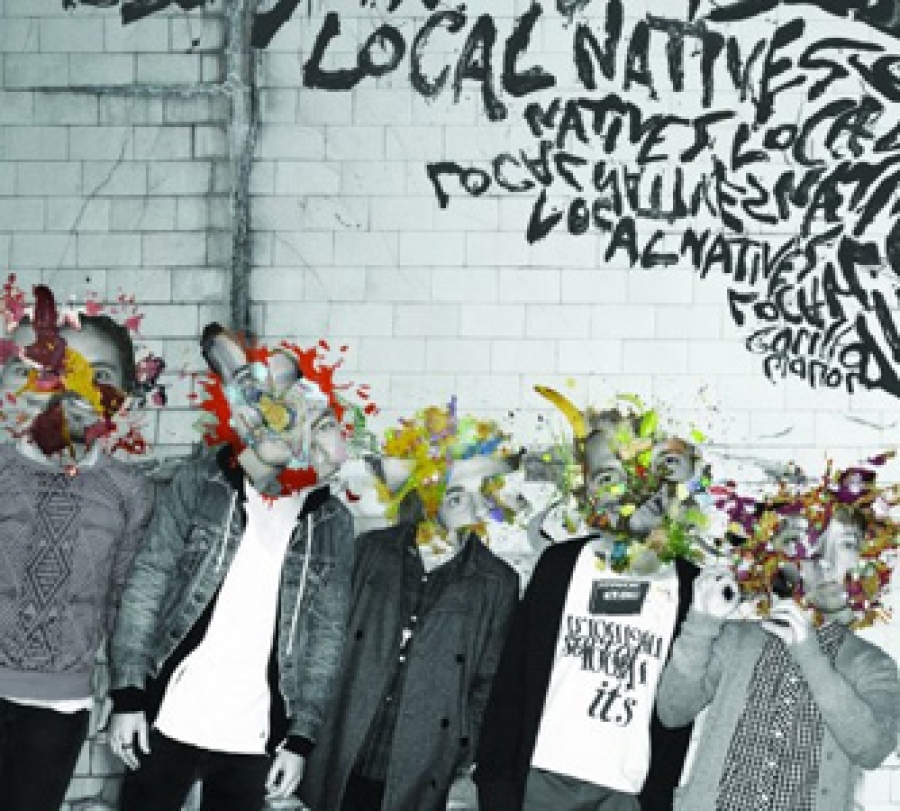 For folks that may have first claimed their breakout potential at last year's South By Southwest Music Festival, the band Local Natives resisted rushing out their debut album. In fact, nearly a year later many of the songs that first captivated audiences and earned fans are officially ready for release on the album Gorilla Manor.

From Silverlake, California, Local Natives are a five piece indie rock band whose sound is founded in multi-part harmonies and dynamic percussion. On Gorilla Manor, the band stands apart from some of their contemporaries not only with a more worldly sense of percussion but also a more muscular presence. Songs like "Sun Hands" play to the strength of their beautiful harmonies, yet at the same time witness a more aggressive style of playing from the band.

As is often the case with acts with this much potential, Gorilla Manor doesn't sound like a "debut." The guys in Local Natives all share a house together out in LA, and collectively wrote this album there (Gorilla Manor is their name for the house). The time together, under one roof and the constant touring unquestionably lends itself to why the songs of Gorilla Manor sound so flushed out. The patience and ability to road-test their material is the reason why Local Natives pass the big test on their debut.

More in this category: « Citizen Cope - The Rainwater LP - Rainwater Recording Corinne Bailey Rae - The Sea - Capitol »
back to top
Site Map | Help & FAQs | Privacy | Contact | Playlist | Public Inspection File | Public File Help
Copyright 2022 WXPN-FM / The Trustees of The University of Pennsylvania, All Rights Reserved
XPN.org is made possible with the generous support of XPN Members and our Business Sponsors.