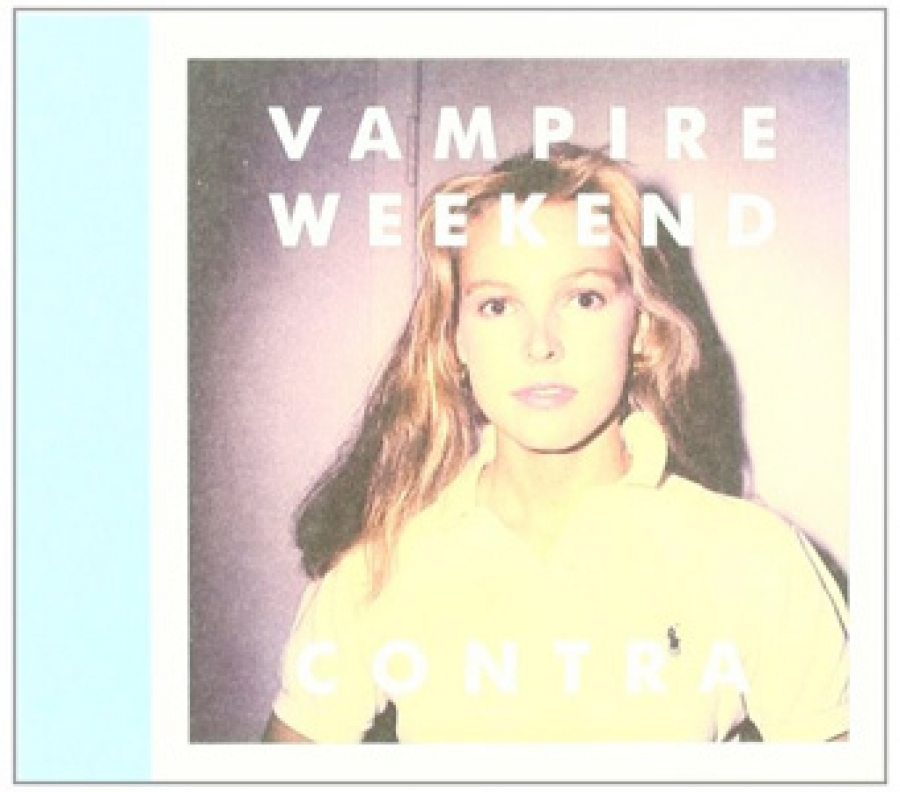 Simply stated, Contra, the sophomore effort from Vampire Weekend does not miss. As a follow-up to their much admired debut, the new album is open to new, adventurous musical avenues all while still harnessing their worldly appetite. Unquestionably, Contra is smart, artistic, and — as you'd expect from Vampire Weekend — catchy.

From the opening notes of "Horchata", Contra exhibits a vibe of openness. The songs are all-encompassing from the ska-flavored "Holiday", to the dueling guitars on the punky "Cousins". The blueprint to Contra is one of variety, not simply sticking to the guidelines of the conventional 2-3 minute pop song. This time around, the band doesn't shy away from more expansive arrangements. Just listen to "Diplomat's Son" or a more muscular, driving pop approach to a song like "Giving Up The Gun".

Working with a wider outlook and maintaining their playfulness, Vampire Weekend has not just crafted another remarkable collection, but they've dismissed any doubts about the potential of this band. For a generation ready to be challenged again by pop music, Vampire Weekend is the answer.