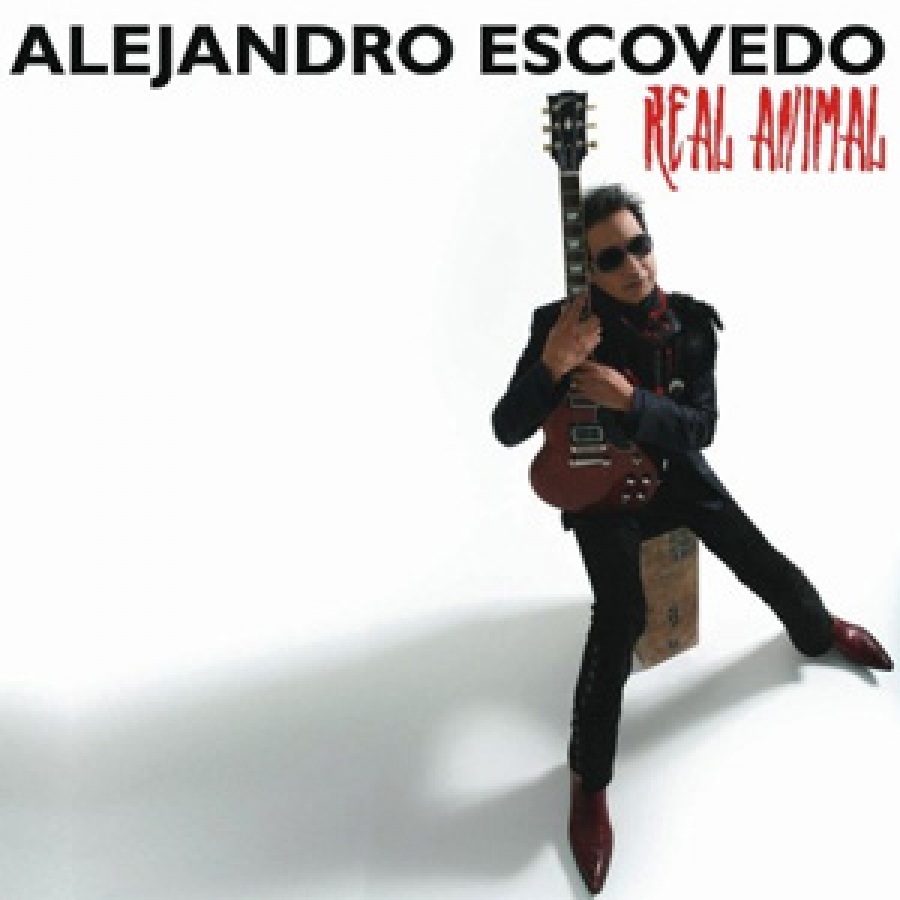 On Real Animal – his ninth solo album – Alejandro Escovedo rediscovers his punk rock roots in a big way without sacrificing any of the songwriting craft he's worked so long to perfect. As a member of the first wave San Francisco punk group The Nuns, the roots-punk, proto-Americana Rank & File (with the enigmatic brothers Tony & Chip Kinman), and the "new sincerity" torch bearers True Believers, Escovedo learned all about passion and substance over flash and gloss. He's come full circle with this new release.

Produced by Tony Visconti (David Bowie, T. Rex, Thin Lizzy), Real Animal is sort of a stylistic career retrospective for Al. He's right at home with a string quartet or with a four piece punk outfit, and we get to hear a little of all of that and more. The album's opening track and first single "Always A Friend" is actually more typical of earlier Escovedo solo albums, and not at all indicative of the other 12 tracks. Sonic shin-kickers like "Chelsea Hotel '78", "Real As An Animal" and the killer "Smoke" will certainly delight. He looks back to his first band with plenty of attitude on "Nuns Song", and "People (We're Only Gonna Live So Long)" is bound to be a crowd pleaser with it's sing-along chorus and driving acoustic guitar and harp.

Bravo on all levels...