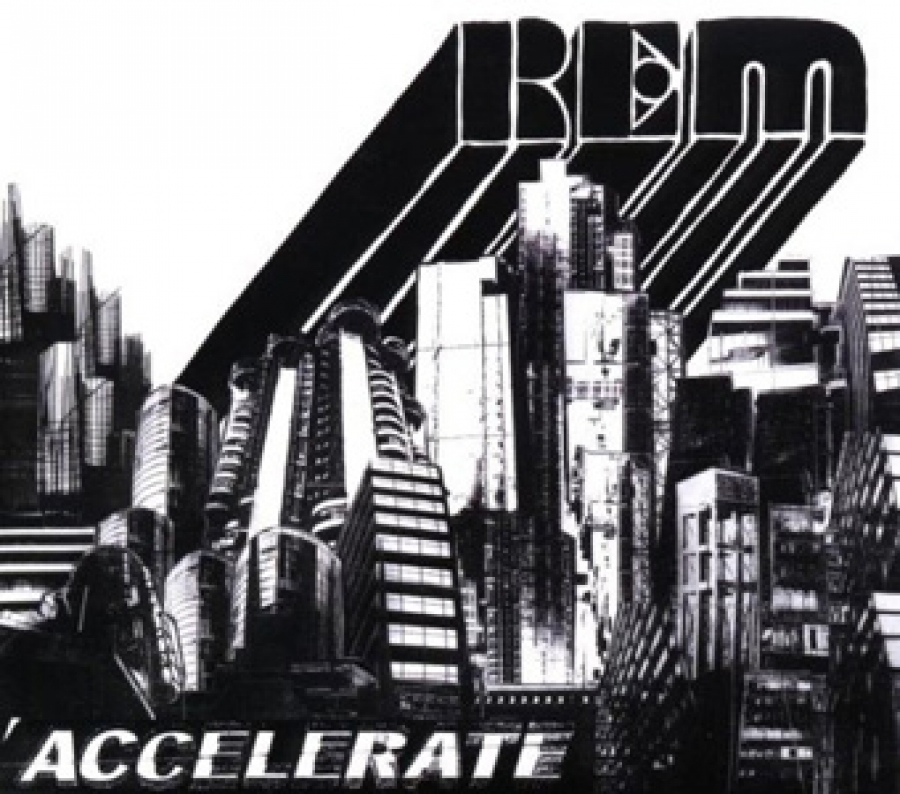 In what just may heralded as Peter Buck's long-anticipated R.E.M. "guitar album", Athens, Georgia's finest let it rip on Accelerate, the beloved band's 14th studio album. As the title suggests, the tunes are faster, more urgent, and sound a lot less fussed-over than a lot of the group's past catalogue.

Unlike R.E.M.'s disappointing 2003 album Around The Sun, vocalist Michael Stipe sounds present and accounted for this go 'round, and he spits out equal measures of fire and finesse in Accelerate's tidy 35 minutes.  Many people have compared this new one to 1994's uneven Monster album, but I sense a more united theme and better overall songwriting on this new one.  Long-time R.E.M. fans are going to fawn over tracks like "Until the Day Is Done" and "Hollow Man", but many others are destined to rock out to "Living Well Is the Best Revenge" and the first single "Supernatural Superserious".

They have certainly been counted out before – and may well be again this time – but R.E.M. very well may have done something on Accelerate that could bring the disenfranchised back to the fold and make some new believers, too: they let it rip.  Let's not forget that it was this band's ability to forge recklessly but intelligently ahead that endeared them to many of us in the first place.