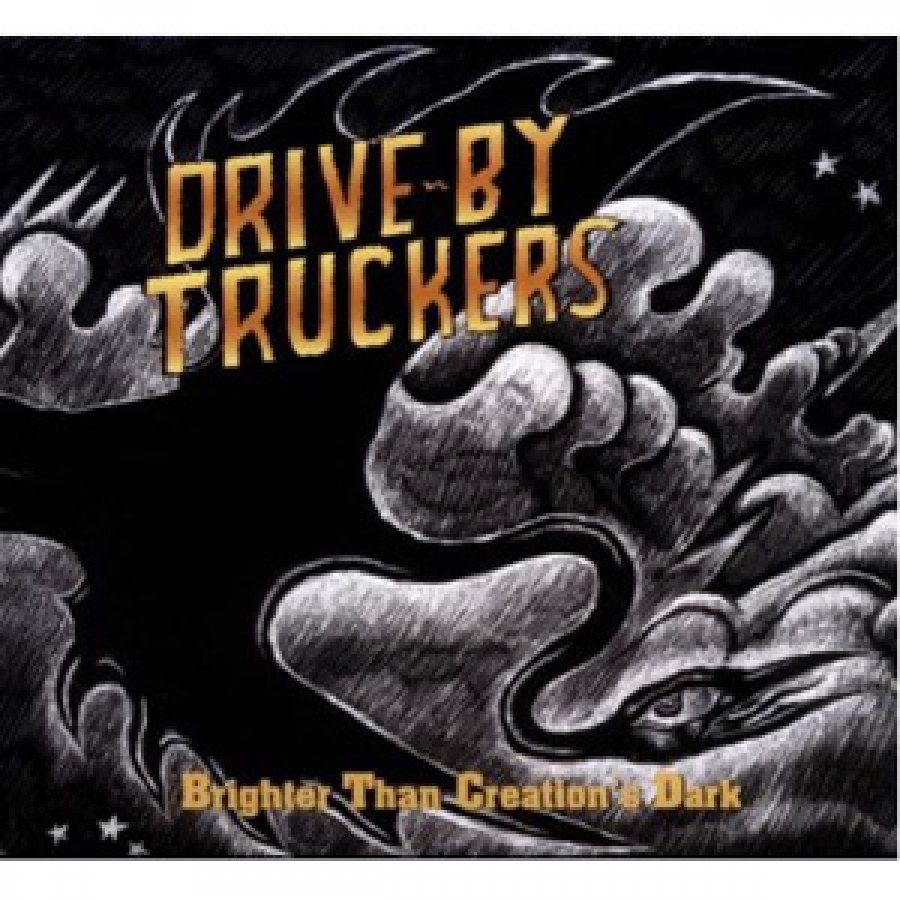 Despite the loss of the very talented Jason Isbell from the Drive-By Truckers last year, the band has carried on and then some. Their eighth album, Brighter Than Creation's Dark, is another testament to a great American rock band.

If you'd like to get an idea of what life is like for the working class in a southern "red" state, listen to this record. Patterson Hood has always been able to write about the trials and tribulations of the common man (& woman) as good as anybody out there. Hood shares the songwriting with Mike Cooley (who contributes seven tracks including the rockin' "3 Dimes Down" and the remarkable "A Ghost To Most") and - for the first time - bassist Shonna Tucker, who also sings on her three tunes including "The Purgatory Line". Hood contributes the best moments, though, like the haunting "You And Your Crystal Meth", the first single "The Righteous Path", and his amazing, sad story of a returning Iraqi War vet called "the Man I Shot".

It's kind of easy to overlook this band because they are so damn prolific, but the D.B.T.'s are an undeniable force. This sprawling, 75-minute epic could very well be one their finest moments.