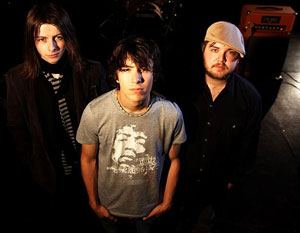 This band has been wowing festival audiences in the past year, showcasing a true blues sound. These natives of the tiny Isle of Man, include Davy Knowles on vocals, lead guitar, mandolin and lap steel, Ross Doyle on drums, and Adam Jones on bass - all three, still in their twenties.

Lead guitarist and vocalist Davy Knowles is being hailed as a prodigy, reminiscent of a young Stevie Ray Vaughan or even Jimi Hendrix. Though young both as a group and in age of its members, critics and fans alike are already suggesting Back Door Slam is poised to join those classic blues-rock masters.