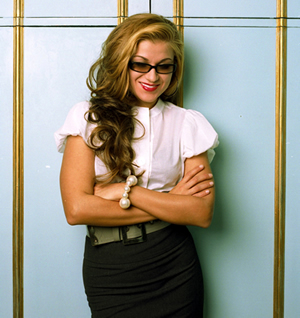 It's not hard to see why Melody Gardot's debut album Worrisome Heart (Verve) has already established her as one of music's most exciting new discoveries. The 23-year-old chanteuse's songs offer deeply compelling evocations of love, {readmorelink}Read More...{/readmorelink}

loss and heartache, while her voice offers a level of emotional authority and technical fluency that one would normally expect from a veteran performer.

Gardot's prodigious talent and singular personal history are reflected in Worrisome Heart, which the artist co-produced with Grammy-winning producer Glenn Barratt. The album's memorable original compositions range from the title track's torch-song drama to the haunted yearning of "Love Me Like a River Does." Supported by sparse arrangements she draws upon elements of jazz, blues, folk and country, with expressive vocals that are both sensitive and seductive.

"In my eyes, there's two kinds of music," says Gardot. "There's the kind that rushes out at you, and the kind that settles in and lets you come to it. I prefer the latter of the two. I like the idea of hearing music in the distance; you're drawn to it and you want to know what it is. To me, that's beautiful, that's the essence of listening to music: discovering it. exploring it and finding those little spaces. To have it thrown out at you almost cheapens it."

Gardot's route has been an unconventional and often arduous one. Growing up in Philadelphia, she began taking music lessons at age nine, and was playing piano in local lounges by the time she was 16, although she didn't think of music as anything more than a hobby at the time. After being hit by a car and severely injured when she was 19, music became a key therapeutic element in her lengthy recovery process.

"Like a lot of people my age, I grew up listening to what was popular," she explains. "But after the accident, I couldn't tolerate anything above a whisper. As I couldn't listen to the music I had before, I sought out other, quieter things. My friends gave me records, and one of the first was Stan Getz's The Bossa Nova Years. I remember doing physical therapy to that, being on the treadmill, trying to learn to walk again. That kind of music became infectious for me; I would hear it and not quite understand it at first, but then I'd go back and I'd get it. I was learning as I was going, and so that type of music became more and more personal for me."

Though music became an integral element of Gardot's recovery, it also became an outlet for self-expression. While still working to regain her mobility, she began writing her own songs for the first time. "I don't know where everything came from, but it came," she recalls. "Something touches me or makes an impact on me, and if I'm lucky, I can catch it and turn it into something worthwhile."

Home recordings of Gardot's early compositions done while bedridden, yielded the self-released six-song EP Some Lessons: The Bedroom Sessions. The disc won considerable local attention, gaining airplay on the influential Philadelphia AAA station WXPN and garnered significant attention from the press. Once she had recovered sufficiently enough to perform, Gardot put together a small combo and began playing low-key club gigs in her hometown, eventually graduating to out-of-town performances as well as jazz and folk festivals.

Having drawn personal and artistic strength from experiences that might well have shattered a less resilient soul, Melody Gardot continues to pursue her muse with the same determination that has defined her career up until now.

"The music started as therapy, and it's still therapy now," she concludes. "When I play and sing, it's because I need to, not because I want to. It's been an interesting journey that's taken me somewhere I'm happy to be, but could have never expected."