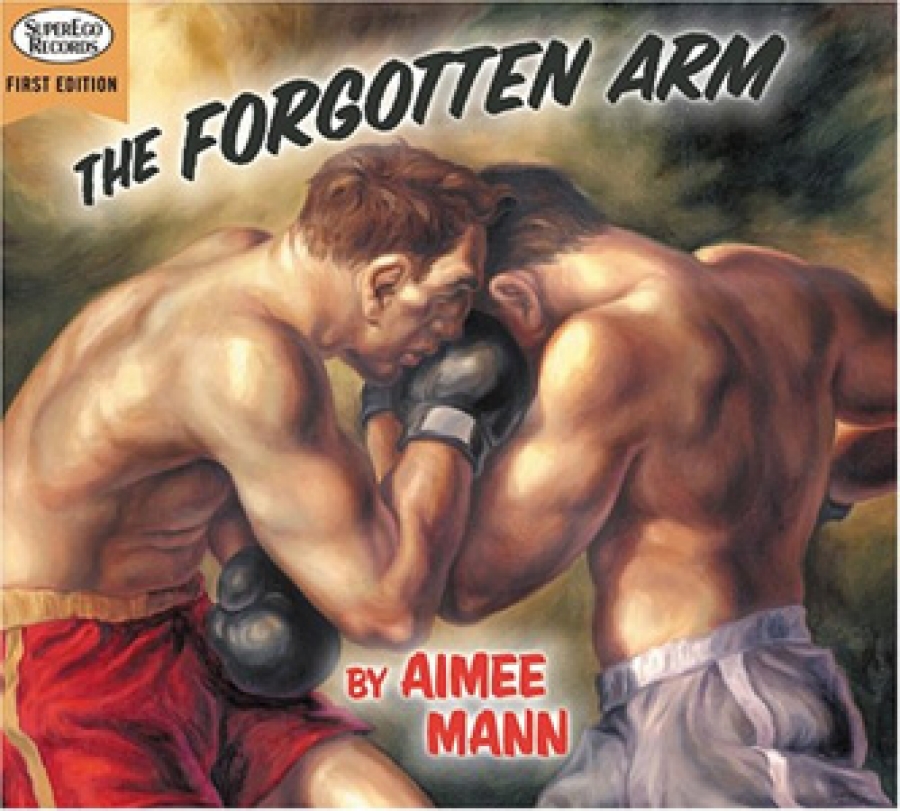 Aimee Mann returns with her fifth solo album, The Forgotten Arm, a "concept album," that loosely tells the story of John and Caroline as they meet, fall in love and road trip across the country together. On her web site, Mann tells the story of these two lovers. "The guy's a Vietnam vet and a boxer, but he's also a drug addict, and she's trying to get away from the dead end world where she lives in the South.

They run off together and wind up in a casino town, and their relationship falls apart." And so the stories unfold, songs that document John and Caroline's road to ruin. While there is a loose story line, the songs serve as metaphors for the complex emotions and challenges of relationships.Aimee specializes in songs about these kinds of relationships and through this collection of a dozen vignettes, she really captures with clarity the essence the essence of these two humans struggling with their souls.

The Forgotten Arms tends to rock a little more than her previous effort, Lost In Space. Produced by Joe Henry, the album has a live in-studio vibe to it. She cites Mott The Hoople, a band she hasn't listened to that much as an inspiration for the kind of sound she was aiming for in recording this record. "When we recording," Mann says on her site, "I described the sound as Mott The Hoople meets alt-country." Mott isn't the only 70's sound that the album evokes. You'll hear a touchstones of classic Band, Elton John and Rod Stewart in the mix as well.

Mostly, The Forgotten Arm is classic-Mann and she has returned with another fantastic album with highlights that include: "King Of The Jailhouse," "Going Through The Motions," "I Can't Get Ny Head Around It," and the stand-out "That's How I Knew This Story Would Break My Heart."