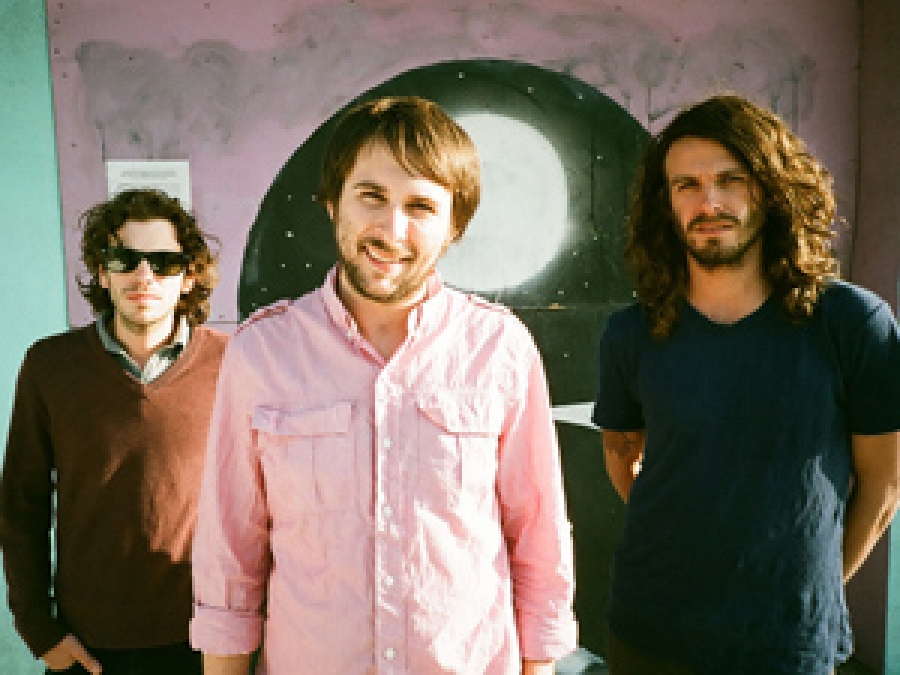 Good Old War is an indie-folk trio consisting of three Philly natives. Pulling from each of their surnames to create the band's moniker, these three friends and collaborators have created a great chemistry on stage and a knack for mesmerizing three-part harmonies.

The indie-folk trio, consist of Keith Goodwin (vocals, guitar, keys), Tim Arnold (drums, keys, accordion, cocals), and Daniel Schwartz (guitar, vocals). Playing at festivals such as SXSW and the XPoNential Music Festival, collaborating with Anthony Green, and cultivating a reputation that's reached beyond the Philly music scene to the rest of the nation, Good Old War have started out their first few years in a successful fashion.
Now on their third release, Come Back As Rain, out March 6 on Sargent Records, Good Old War is injecting a bit of wistful pop into their normal infectious, folksy melodies. Their new album is full of signature Good Old War acoustic pep, and conveys some of the band's "longing for home that happens when you're away all the time," as put by Goodwin. Also embedded in in the album is an expanding list of influences--electronic, classic rock, and '60s folk all play a part in creating the upbeat and smart folk of Good Old War.

Known for their lively and inspiring on-stage performances, Good Old War did not let us down and played XPN's Free At Noon on March 2. LISTEN to their full performance here.

Read Mike Vasilikos' review for Come Back As Rain, an XPN's Featured Album of the Week!

Recent Release: Come Back As Rain

More in this category: « The Lumineers - Artist To Watch April 2012 Sharon Van Etten - Artist To Watch February 2012 »
back to top
Site Map | Help & FAQs | Privacy | Contact | Playlist | Public Inspection File | Public File Help
Copyright 2022 WXPN-FM / The Trustees of The University of Pennsylvania, All Rights Reserved
XPN.org is made possible with the generous support of XPN Members and our Business Sponsors.