Of Monsters and Men - Artist To Watch January 2012 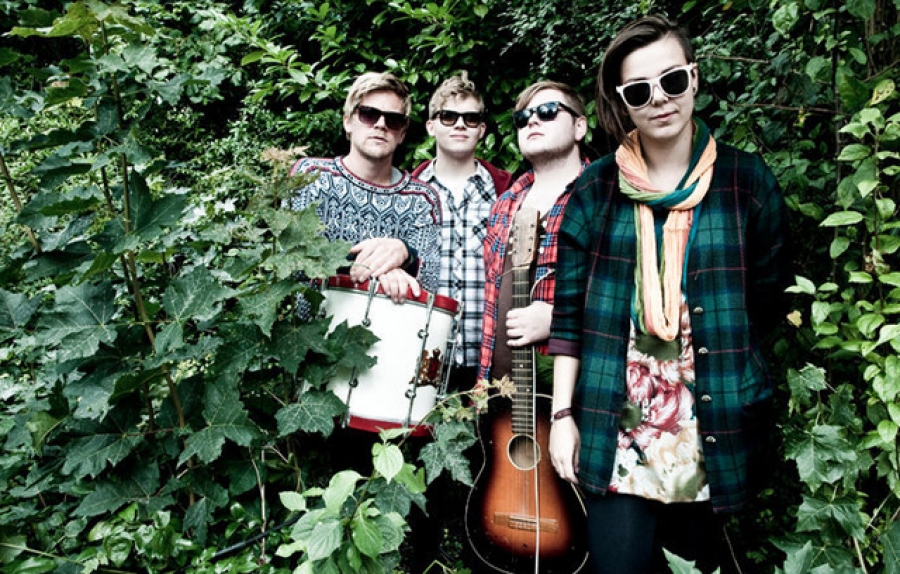 January’s Artist To Watch is the Icelandic band Of Monsters and Men. Their American debut EP, Into The Woods, came out December 20, with a full length due in early 2012.


Iceland’s Of Monsters and Men weave together fantastical lyrics, vocal duets and poppy folk melodies to create their own incredibly fun folklore. Some of the narrative lyrics discuss a house on the back of a whale, and a man who survived a bear attack, among other tales. Yet, the common thread that ties it all together is the group’s airy song-writing style. Whether on the tragic “Love Love Love” or on the chart topping “Little Talks,” Of Monsters and Men uses their full six-person band without overwhelming the vocals. The music that they write is impressively simple, minimalist melodies on trumpets, guitar, piano, accordion and bass. Between their pop-rock appeal and eclectic story-telling style, Of Monsters and Men have crafted their own infectious blend of European folk-rock.

The group’s talents gained them attention at Músiktilraunir, an Icelandic battle of the bands, and when they won the entire competition, no one seemed more surprised than the band members themselves. Their rise to Icelandic and then international stardom was inevitable. “Little Talks” reached the number one song in Iceland, and their EP “Into the Woods” has gained comparison to Arcade Fire and Mumford & Sons in blogs and music magazines around the world. Their full-length album, My Head Is an Animal, came out in Iceland in September, and will be available in the US early this year. It has already become a number one hit back home, and we can expect only great things from the group this coming year, including a performance at SXSW 2012 in March!

Their song, "Little Talk," heard on WXPN and XPN2, made the list for one of the top songs of 2011 on
XPN 2's Year In Review. Here's a great review of their recent album from the blog, Absolute Punk.

Listen to Bruce Warren and Heather Browne, with their wrap up of of 2011 and a look ahead to 2012. And, check out their live performance on NPR.org/music