JC Brooks and The Uptown Sound - Artist To Watch December 2011 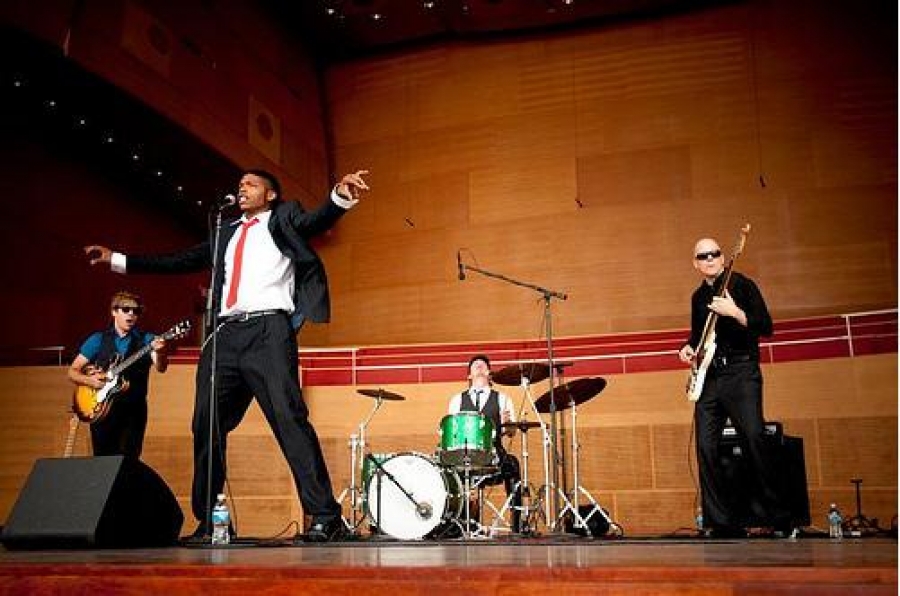 200% soul power! If you dig Fitz and the Tantrums, Daptone Records, Mayer Hawthorne, Otis Redding, Black Joe Lewis and J Geils then chances are you’ll get in to JC Brooks & the Uptown Sound.

This month's Artist to Watch is a soul-baring, relentlessly compelling, endlessly theatrical group from Chicago, JC Brooks & The Uptown Sound (JCBUS) They have thus far shared the stage with music legends (Robert Plant, Buddy Guy, and Chicago) as well as relative indie and soul starters like Peter Bjorn and John, Mayer Hawthorne, and the Detroit Cobras and will be heating up the World Cafe stage this month, when they headline the December 16 XPN Free at Noon.

JCBUS are hopelessly nostalgic, in love with the Chicago soul scene from the 1970s. They are self-described as a heavy-soul outfit, and guitarist Billy Bungeroth explained that the group marries classic soul with contemporary sound; they mix fresh, pre-1975 rock and R&B, and the underground punk and hip-hop movements of the same period. "Our music is just re-imagining that first era with the knowledge of the second underground era," he explained in a 2009 interview, after their debut album Beat of Our Own Drum, was released.

Since then, JCBUS have collaborated with the likes of Syl Johnson, Renaldo Domino and Nate Evans from the Impressions. They've also released another album, Want More, a delightfully energetic blend of Motown. JCBUS music is outrageously fun, and it's difficult to believe that singer JC Brooks isn't a soul legend from the '70s when he belts out danceable tunes that fill the release. Want More is a reincarnation of a moment in music history, breathing fresh air into a long musical legacy. Here's hoping JC Brooks & The Uptown Sound never move on, because if you dig Fitz and the Tantrums, Daptone Records, Mayer Hawthorne, Otis Redding, Black Joe Lewis and J Geils then chances are you’ll get in to these cats. They are 200% soul power!

Read the review by XPN's Mike Vasilikos, and pick up the album at Amazon.com.

JC Brooks and the Uptown Sound, " I Am Trying To Break Your Heart"
from Bloodshot Records on Vimeo.

More in this category: Alabama Shakes - Artist To Watch November 2011 »
back to top
Site Map | Help & FAQs | Privacy | Contact | Playlist | Public Inspection File | Public File Help
Copyright 2022 WXPN-FM / The Trustees of The University of Pennsylvania, All Rights Reserved
XPN.org is made possible with the generous support of XPN Members and our Business Sponsors.