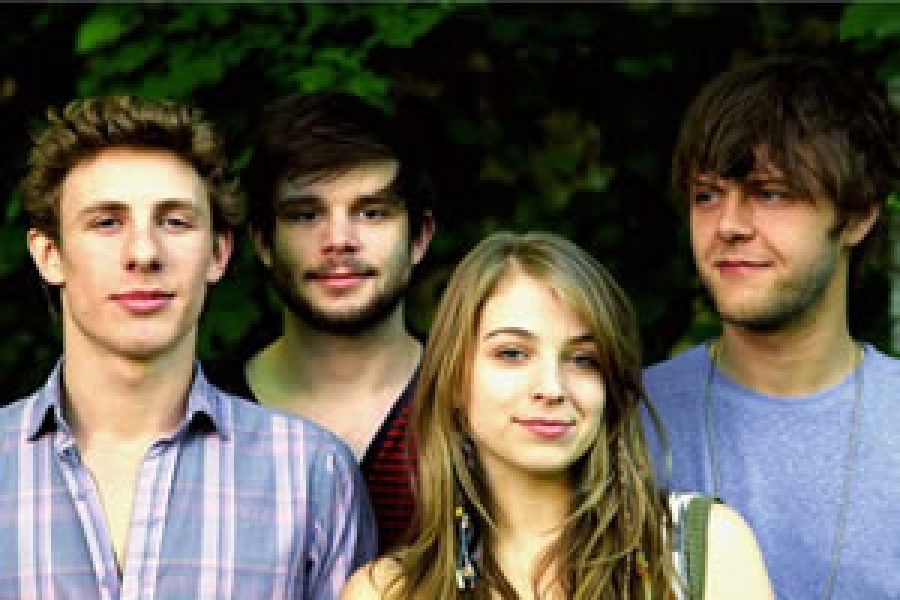 Givers infectious energy and ridiculously catchy melodies are propelling this Louisiana outfit to greater and greater heights. It all started with Tiffany Lamson (vocalist and percussionist) crashing on the couch of Taylor Guarisco (vocalist and guitar) while at college in New Orleans

--and each discovering the other was a musician. They combined their rock-pop-funk-soul influences. Drummer and vocalist Kirby Campbell, bassist and guitarist Josh LeBlanc, and flautist and keyboardist Nick Stephan were added to flesh out the sounds, and Givers was born. They've already been on tour with Dirty Projectors, named one of TIME's "Ten Acts That Rocked SXSW," and Stereogum chose them as a "Band to Watch" for 2010.

From the start, Givers' energy and charisma has set them apart on stage, while their genre-mixing has created a unique and hybrid sound. Describing their style as a combination of afro-beat, folk rock, and Italian pop, Givers are releasing their full-length debut on June 7. Engineered by Ben Allen (Cee Lo Green, Animal Collective), In Light is a collection of adventurous and joyous tracks, full of entrancing rhythms and melodies. Danceable, anthemic, and even touching--this is a release from a five-piece outfit that is going somewhere.

More in this category: « Cults & Foster The People - Artist To Watch July 2011 Civil Wars - May 2011 Artist To Watch »
back to top
Copyright © 2022. xpn.org. Designed by Shape5.com Joomla Templates
Desktop Version