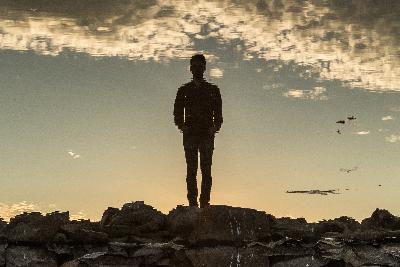 Working alone, with just his ancient 8-track, has done the trick for this New England songwriter. Hear two songs from his forthcoming debut EP.
Henry Jamison is a New Englander who is about to release his first EP, The Rains. There are a slew of singer-songwriters out there, all trying to turn their words into emotions that resonate. The Rains is not Jamison's first stab at this â€” he's previously worked with a band and with another producer â€” but when he finally went on his own, using his ancient Korg 8-track, the songs just worked. Jamison's descriptions of places ring true and his subtle production touches stand out. Hear two songs from the EP in the player above.