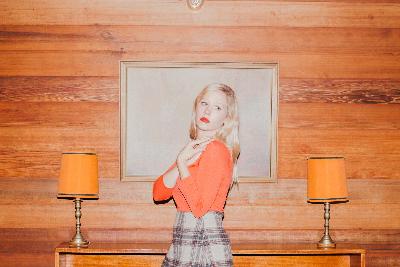 Hear two lyrically dense songs from the Australian singer-songwriter's debut album, Don't Let The Kids Win.
Julia Jacklin's debut album, Don't Let The Kids Win, showcases the lyrical density of her songs. The Australian singer-songwriter treats her music as an outlet for emotions that weren't discussed much in her family as she was growing up â€” she finds it easier to deal with those personal stories by putting them into songs. Jacklin, who's 25, has said Don't Let The Kids Win captures her nostalgia for the ambition she had when she was younger. Hear two songs at the audio link above.