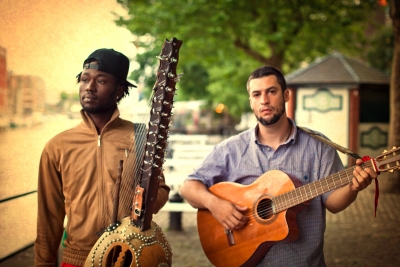 Image by: Alex Munro
World Cafe: Next - The “Jimi Hendrix of The Kora” and Joe Driscoll

Febuary 10, 2014 - For our World Cafe: Next we have a unique duo. Sekou Kouyate, from Guinea in West Africa, is the "Jimi Hendrix of the kora," electrifying the many stringed African Harp, and Joe Driscoll is an American living in England who is a rapper, beat boxer and loop maker.


Not even speaking each other's language, they formed a band when they met at a European festival and now less than three years later they have released an album of their hybrid music called Faya. We will play you a couple of songs today which are available to download as our World Cafe: Next podcast.

Published in World Cafe Next
Tagged under
More in this category: « Angel Olsen Solander »
back to top