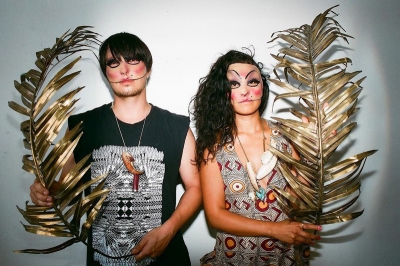 We have another World Cafe: Next band from Toronto for our Sense of Place series on that Canadian city. They are the synth-laden oozy outrageousness of Phedre.
Singer Daniel Lee and bassist April Aliermo named the band after Nancy Sinatra’s alter-ego in the classic duet with Lee Hazelwood, “Some Velvet Morning.” They released their second album Golden Age this fall.

Published in World Cafe Next
Tagged under
More in this category: « July Talk Courtney Barnett »
back to top