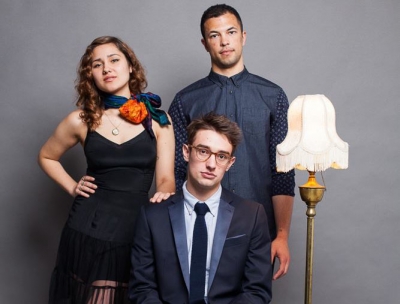 September 30, 2013 - Our World Cafe: Next for this week, San Fermin, is not actually a band. Instead it is the realization of the writing and arranging of Brooklyn based composer, songwriter and arranger Ellis Ludwig-Leone.
He wrote the work after graduating from Yale with a music degree. He cast his friends including Allen Tate and Jess Wolfe and Holly Laessig from the band Lucius to sing. As Ellis puts it, the subject matter is “life’s top-shelf issues: youth, nostalgia, anxiety, unrequited love.” We’ll play a couple of songs that are available for download in our weekly World Cafe: Next podcast.

More in this category: « Ásgeir Jesse Woods »
back to top