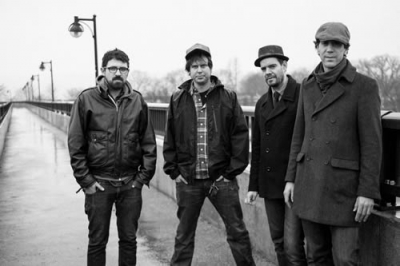 August 12, 2013 - Out of the Toronto music community comes New Country Rehab who just released their second album Ghost Of Your Charms.

The band led by singer and fiddle player John Showman emphasizes the songwriting even though they have some of the instrumentation of a bluegrass band. Members of the band tour with the likes of Amy Millan (of Stars) and Basia Bulat but New Country Rehab is clearly a labor of love. We will play you a couple of songs including a real stand out called “Luxury Motel” that may make you think differently about your summer vacation spot.

More in this category: « Rose Windows Moreland and Arbuckle »
back to top