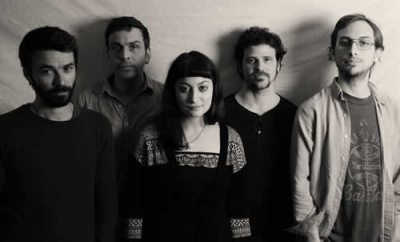 Are You Surprised That Coke Weed Is an Alt-Psychedelic Band?

July 29, 2013 - This week’s World Cafe: Next band Coke Weed are from picturesque Bar Harbor well up the Maine Coast.

They have just released Back to Soft

their third album overall and ironically their heaviest so far. And best sounding as well taking 9 months in the making. The band has immersed themselves in 60’s psych-rock pledging allegiance to the likes of Jefferson Airplane. So that makes singer Nina Doghia their Signe Toly Anderson. Songwriting for the quintet is handled by Milan McAlevey.

Recent Release: Back to Soft

More in this category: « Aisha Burns Rose Windows »
back to top