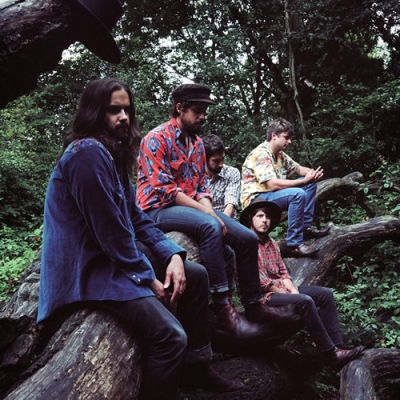 May 6, 2013 - London’s Treetop Flyers effortlessly capture the CSN&Y sound of California Folk-rock in the 60’s on their debut The Mountain Moves. They all met on the periphery of the London folk scene that gave the world Mumford & Sons and Laura Marling.

The band is fronted by singers Reid Morrison and Sam Beer but all five members contribute to the writing. Things built as they released singles in 2009 and 2011 and won Glastonbury’s Emerging Sound competition in 2011. The focus shifted to California last year to record their debut in a Malibu studio. It’s more than just a genre exercise though, as Treetop Flyers songs really rise to the occasion.

More in this category: « The Saint Johns Laura Stevenson »
back to top