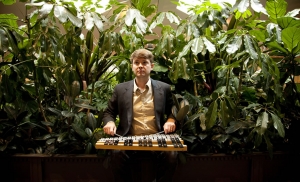 Kelly Pratt is no amateur to the music world. The multi-instrumentalist has been recording and touring with bands such as Coldplay, Arcade Fire, LCD Soundsystem, and Beirut since 2006, but recently stepped into the spotlight after forming the indie rock band Bright Moments. Pratt started writing while on tour and first released a solo disc in 2008 under the name Team B, but was restricted to whatever he could accomplish on his laptop on the road.