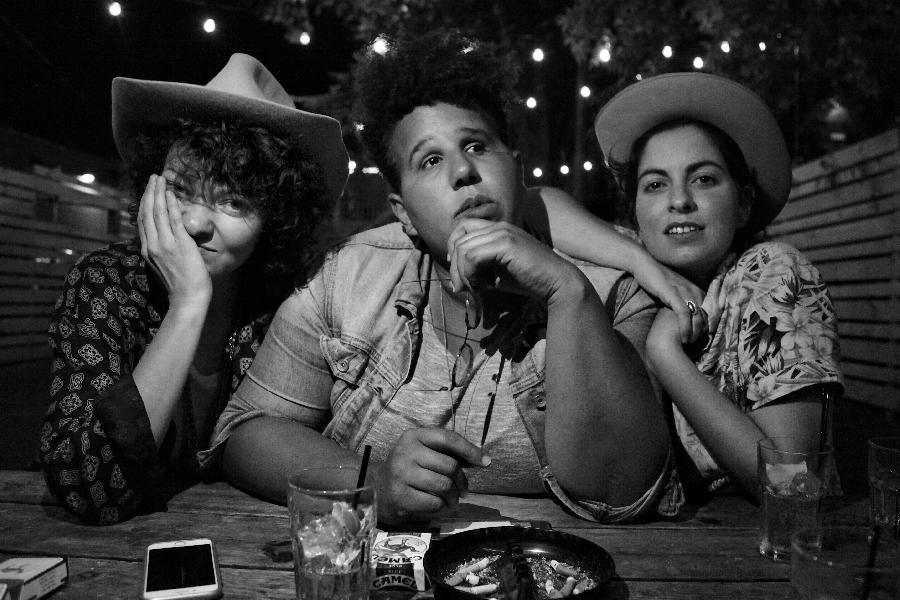 Jesse Lafser, Brittany Howard and Becca Mancari all maintain their own brilliant careers. What brings them together as Bermuda Triangle is friendship, pure and simple.
Southern friendship is all about porches. The craftsman cottages of East Nashville were designed for afternoon sweet tea and guitar picking with the perfume of whatever's on the smoker (these days, it's as likely to be tofu as hog) wafting by. Bars like Mickey's on Gallatin Pike have great porches, too - a famous local might come in for a cold beer and leave hours later in a new super group. Bermuda Triangle, the trio of Alabama Shakes leader Brittany Howard and rising solo performers Becca Mancari and Jesse Lafser, formed just that way; on an informal porch tour that started with friends harmonizing on each other's songs and has led to sold out shows across the country for one of the most storied new groups in Nashville. Bermuda Triangle formed on a lark and has only released two songs, but has already developed a worldwide fan base.

HEAR THE COMPLETE SESSION AND MORE ON NPR MUSIC
More in this category: « Gillian Welch tUnE-yArDs »
back to top