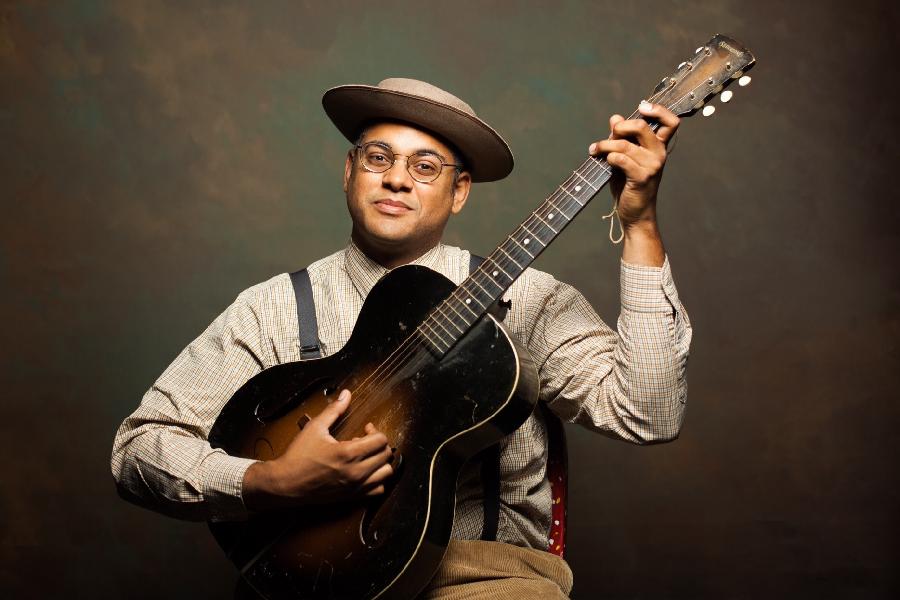 Flemons' latest work, Black Cowboys, explodes the stereotypes that have dominated one of America's founding mythologies and opens up the frontier for all to claim.
Dom Flemons grew up in Arizona, where barbecue pits and shops called Strictly Western dot the landscape and more than 600 rodeos take place every year. He watched Western movies, but as a black kid, didn't see himself in them. Flemons grew up to become a leader in 21st-century folk music, co-founding the Carolina Chocolate Drops, a string band that revolutionized the folk world by showing old-timey music's African roots.

HEAR THE COMPLETE SESSION AND MORE ON NPR MUSIC
More in this category: « Kathleen Edwards Craig Finn »
back to top