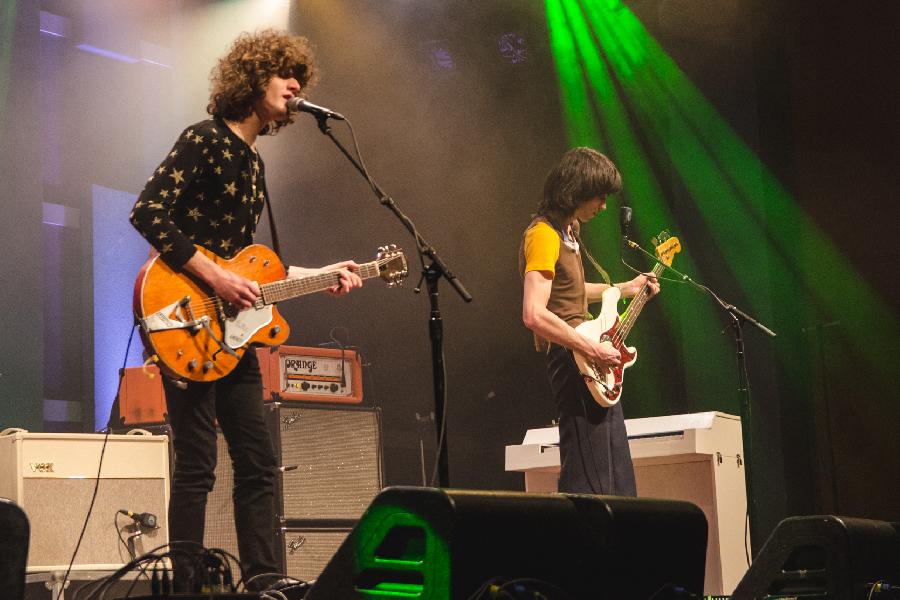 The U.K. band performs soaring, sophisticated and explosive songs from its latest album, Volcano.
Back in 2012, Thomas Walmsley and James Bagshaw took a couple songs they had been working on in a home studio in a small town in England, and uploaded them to YouTube. Before they even had a full band, they had fans, gigs and a handshake record deal. They called themselves Temples - and they unleashed a full-length debut, Sun Structures, in February 2014. Drenched in '60s and '70s guitar-based psychedelia, the album was instantly loved.

More in this category: « Leagues Caitlin Rose »
back to top