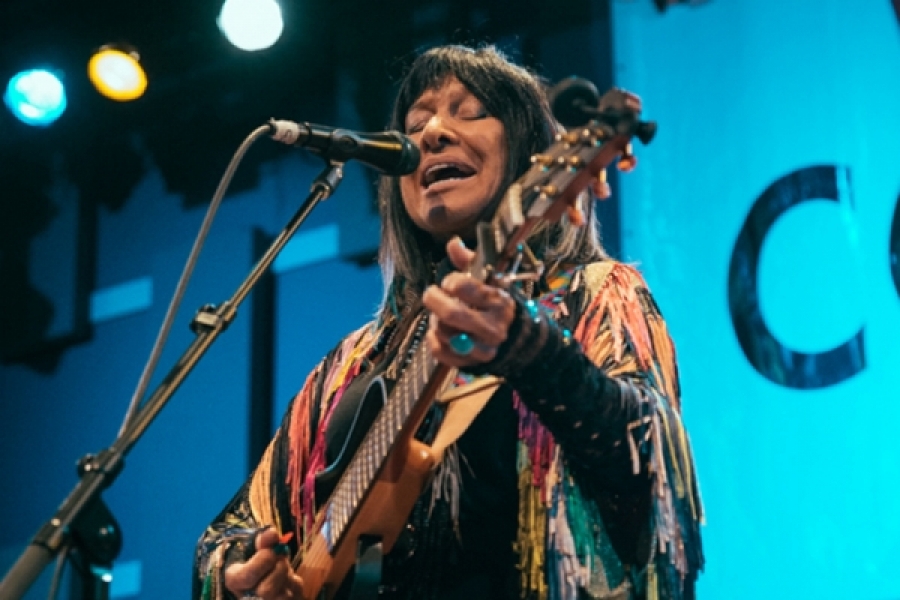 Buffy Sainte-Marie Continues To Not Act Her Age!


74 year old Buffy Sainte-Marie still has all the passion of her youth on her new album Power in the Blood. The Cree songwriter penned songs like “ Universal Soldier” and “Until It’s Time For You to Go” in the 60s that were hits for others. That was before she was blacklisted from American radio in the 1970s. She also won a Grammy and an Academy Award for her part in the songwriting on “Up Where We Belong” recorded by Joe Cocker and Jennifer Warnes for the climactic scene of the film An Officer and A Gentleman in 1982. She talks with us about her older songs, how she learned about being blacklisted and what drives her to keep writing and advocating for underserved people now.

Setlist:
IT'S MY WAY
POWER IN THE BLOOD
NOT THE LOVIN KIND
UNIVERSAL SOLDIER