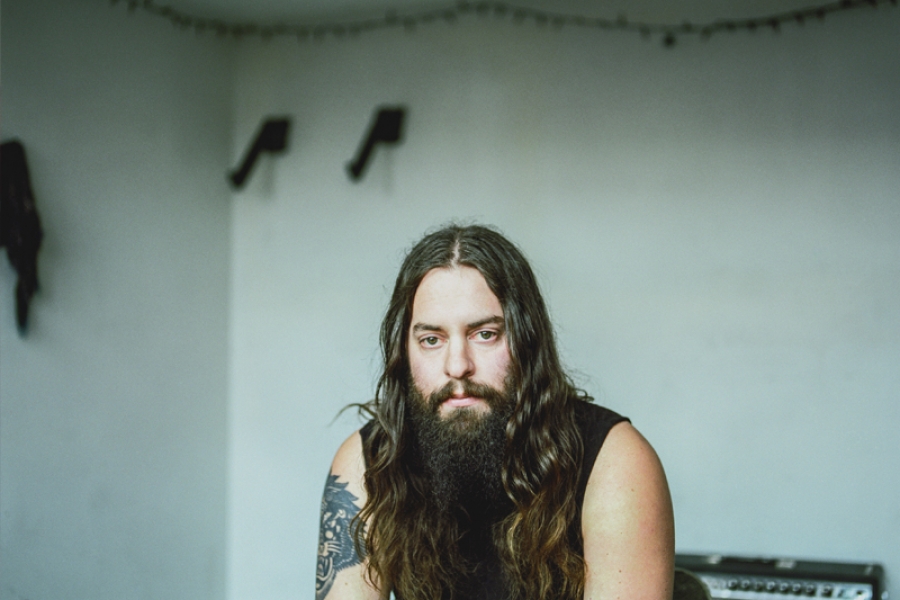 
June 25, 2014 - "There's zero symbolism, and that's the scary thing," Timothy Showalter says. "Every single lyric is either a direct thought or a direct event. It's exactly my life." The Philly musician who performs under the name Strand of Oaks is talking about his cathartic new release HEAL, which in a way functions as a memoir of sorts. Fueled by a string of tragic personal touchstones, from infidelity to a nearly fatal auto accident, the album brings these events to life: teenage isolation of "Goshen 97" (a track featuring J Mascis of Dinosaur Jr.) and the bittersweet romance of "Plymouth." With his knockout band, the songs trace paths through anthemic rock, electronic pop and distortion pedal slow-burners. There's also the all-caps album title: "It's a command," Showalter explains. "I'm yelling it at myself." We'll hear live performances of the songs in our studio today.

More in this category: « Mumford & Sons Get Acoustic Again On World Cafe David Crosby Keeps The Harmonies Coming »
back to top