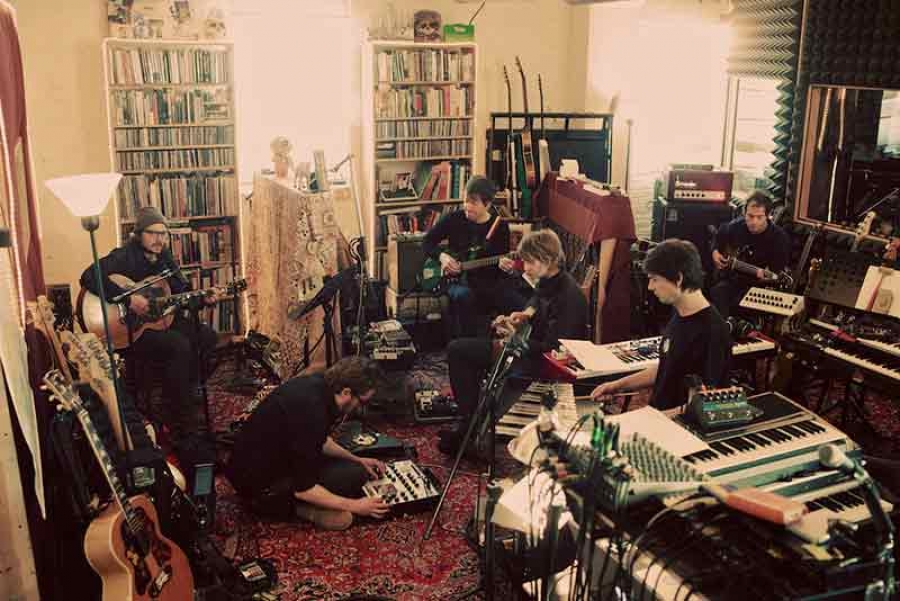 A Surprise Guest Joins Wilco on This Vintage Cafe From 2009


June 2 - 2014 - This Week's Vintage Cafe is one of many we recorded with Wilco since their formation in 1985. This one was recorded in 2009 the year they released the album Wilco. Their first album appeared in 1995 following the breakup of leader Jeff Tweedy's former band Uncle Tupelo. Over the years there have been consistently great albums with a shifting line up of players. In 2001 their Yankee Hotel Foxtrot album was rejected by their then record company leading to the band buying it back and leaking it on the internet until it was eventually released by Nonesuch Records to much acclaim and sales. The solidified Wilco lineup joins us in the studio today in great spirits. Listen for a surprise guest (to us too!) on this Vintage Cafe from Wilco.

More in this category: « Heavy Rotation: Songs Public Radio Couldn't Stop Playing In 2018 Huffamoose On World Cafe »
back to top