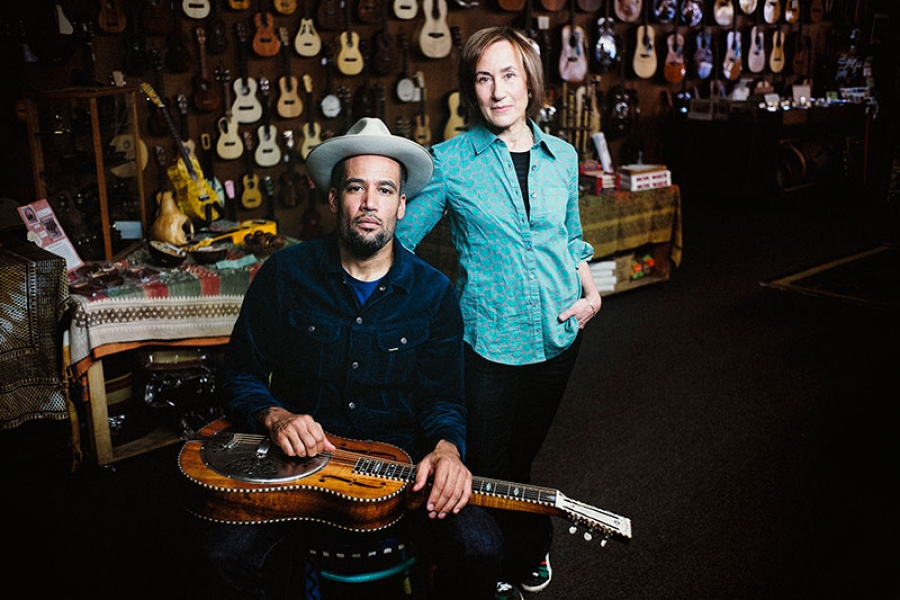 
May 9, 2014 - Happy almost Mother's Day! Today we are welcoming Ben Harper and his mother Ellen who have made an album together, Childhood Home just released this week in time for Mother’s Day. You know Ben. He has been making powerful blues influenced rock albums with The Innocent Criminals and others since 1992. His most recent album Get Up! with harmonica player Charlie Musselwhite won the 2014 Best Blues Album Grammy. Let me introduce his mother Ellen Harper. She has been singing and writing all her life. Her parents opened the Claremont Folk Music Center and Museum in California in 1958 and both Ellen and her son Ben practically grew up there. Ellen now manages the folk music Mecca. It’s a loving performance and conversation.

More in this category: « Damon Albarn Fantastic Negrito On World Cafe »
back to top