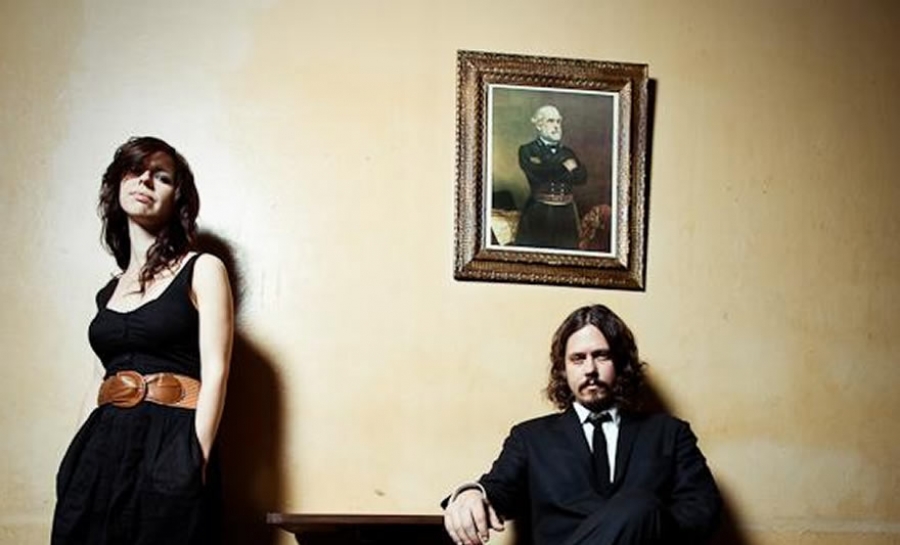 John Paul White and Joy Williams hail from very different parts of the country (Alabama and Cali, respectively), and both are free spirits when it comes to their solo music careers.

But when the two crossed paths at a song-writing camp in Nashville, the rest, as they say, is history. Both knew that they had some special collaborative magic, and they've managed to mix their song-writing styles into something truly moving.

Months after meeting, they played a show in Nashville where their future producer was present and entranced. Their second show was taped and released on their website, and has thus far been downloaded by 100,000 people--and there's no doubt that number is growing. Their sparse, melodic pop, full of retro country influences, is powerful yet tempered. It's accessible as well--they've got country-pop princess star Taylor Swift as a big fan, as well as countless Americana aficionados. Being featured on Grey's Anatomy hasn't hurt them either.

The Civil Wars' full-length debut "Barton Hollow" was released just this past February, and its emotional chamber-folk showcases the perfectly matched vocals of the duo. Their songs are about of pain and miscommunication, yet also the beauty of life and music. As put by Paste, "War has never been so pleasant."

Tagged under
More in this category: « The Mountain Goats World Cafe: Young Fathers »
back to top