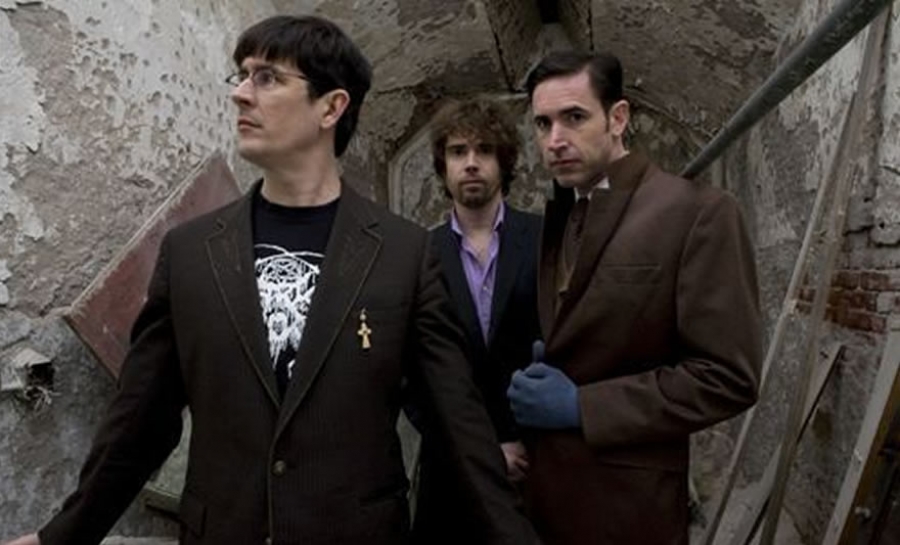 The Mountain Goats are John Darnielle, Peter Hughes, and Jon Wurster, and they've been around, in one form or another, since 1991.

They had humble, lo-fi beginnings--John D. began to put his poetry to his guitar, recording it on a little dual-cassette, in the early '90s. (There's a reason he's been called America's best non-hiphop lyricist.) From there, The Mountain Goats began to reach fame with the relentless touring of John D. and bassist Peter Hughes from 2002 - 2007, and they grew into a trio with Jon Wurster on drums. They've been on numerous tours, written many songs, and are still cultivating their fan base. Over the years, The Mountain Goats have released an impressive number of studio albums and cassette release, the latest of which is "All Eternals Deck".

Coming out just this past March, "All Eternals Deck" has been called something of a career highlight--and that's saying something for The Mountain Goats, who have gained the respect of much of the music world for their survivalistic folk. "All Eternals Deck" was aptly described "paradoxically passionate but controlled, uncompromising but instantly likable" by Pitchfork, and will no doubt add to the reputation of The Mountain Goats. Following the tone of Mountain Goats albums before it, this 18th release is contemplative, speaking of death and survival, but also comforting--full of gentle acoustics and whispered refrains.

The Mountain Goats are currently on tour, wrapping up a series of dates throughout Europe then coming back to the US. They've got a number of shows throughough North America, with stops in New York, California, Oregon, and Vancouver.

Tagged under
More in this category: « 'You Can Be Your Best Friend': Hear Robyn On World Cafe The Civil Wars »
back to top