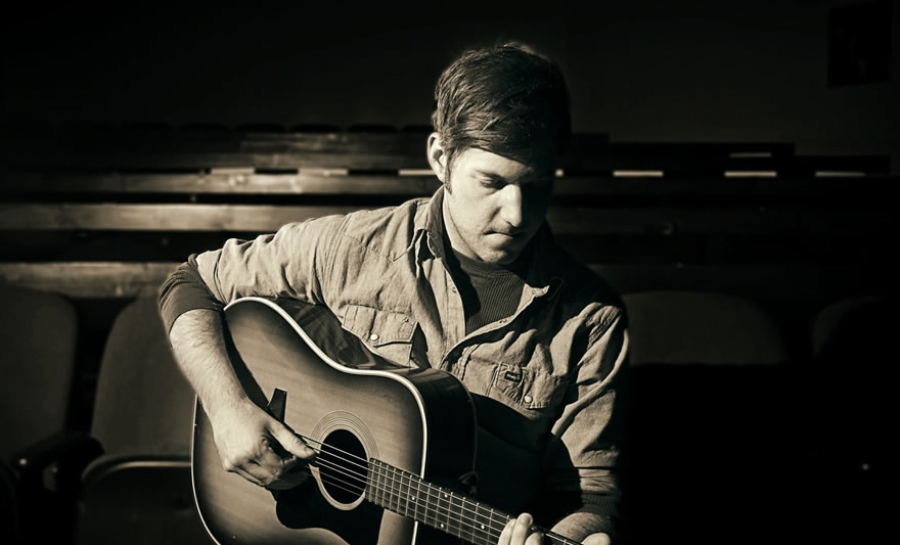 Once an art and design student but always a musician, Chris Bathgate first found his calling in music at the ripe old age of 16.

But while his younger self marched to the beat of heavy metal rock bands, he now gently strums to an entirely new genre of music--folk. Drawing from influences like Steinbeck, Vonnegut, and Hezekiah Jones, Bathgate seems to have found solace within the intimacy of folk stylings. Though he made it a point to work on solo material in 2001, Bathgate simultaneously took part in several folk groups such as his college trio Ambitious Brothers. After founding the trio in Ann Harbor, the group released a few records before calling it quits in 2005. Another short stint with The Descent of the Holy Ghost Church followed, but it faced the same fortune and ended a year later.

All the while, Bathgate had been releasing a number of solo albums and after a particularly productive year in 2006 with two albums and an EP, he was met with a significant amount of buzz. With a style similar to Sufjan Stevens and Iron & Wine, he's become known in the realm of singer-songwriter folk, gaining titles such as Best Solo Artist in Michigan. So it was only a matter of time before he would get picked up by Quite Scientific Records, under which he released his nationally acclaimed album "A Cork Tale Wake."

Bathgate now follows up with "Salt Year", a mellow but personable record, full of everything needed to classify it as indie folk--mandolin, a variety of strings, plenty of acoustic guitar, and Bathgate's goth-folk lyricism. Bathgate named the album after a rough period in his life, but the songs have just the right mix of sadness and happiness. "Salt Year" shifts from rollicking to deeply pensive to woeful to gleeful with deft abandon. Perhaps this is the album that will finally push Bathgate into the spotlight outside his beloved Michigan.

Tagged under
More in this category: « Alexander Ebert The Low Anthem »
back to top