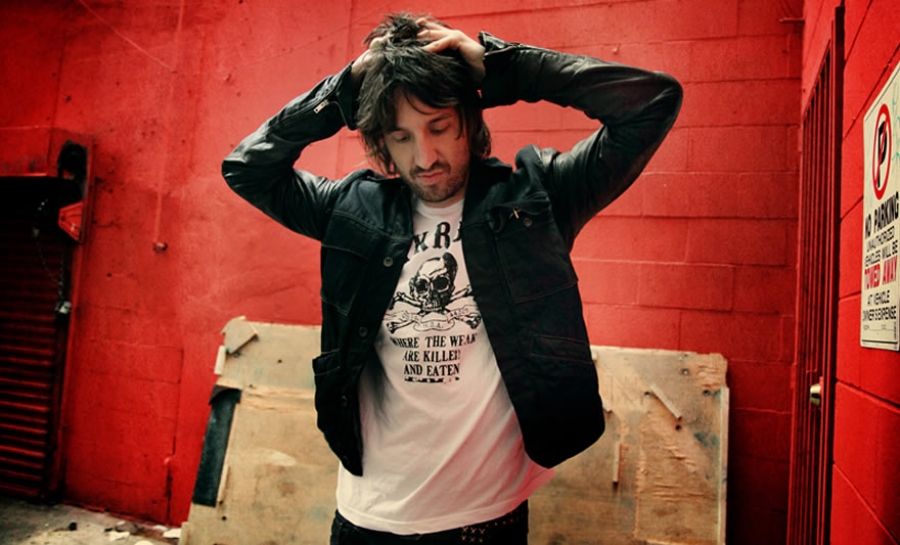 Today on World Cafe is one of this year's XPoNential artists, the deep-voiced and versatile Joseph Arthur.

This talented multi-instrumentalist began singing at the age of 21, though his fondness for music and the guitar began earlier than that. Having grown up in Akron, Ohio, Arthur relocated to Atlanta for the thriving music scene, and eventually made his way to Brooklyn. Peter Gabriel, the British prog rock master, discovered Joseph Arthur's classic American acoustics + Bowie-esque electronics in the late 1990s, and Arthur's career began to take off. Over the years Arthur has built a large and adoring fan base. He's released eight studio albums and numerous EPs, collaborated with Ben Harper and Dhani Harrison to form a supergroup called Fistful of Mercy, and found time to build a personal art gallery. Along with his accomplished musical talents, Arthur is a masterful visual artist--he regularly produces his own cover art, and uses his personal paintings for set backgrounds.

Having been compared to the likes of Jeff Buckley, Leonard Cohen, and Joe Henry and having toured with Tracy Chapman, Ben Harper, and Gomez, Arthur carries on the legacy of great singer-songwriters. He's even created his own label called Lonely Astronaut, and his latest release, "The Graduation Ceremony", just came out on it. This is his first solo release since 2006, and fans are rejoicing. It's full of classic acoustic melodies, but also incorporates a rich, orchestral sound at key moments. This is yet another album to proudly add to Arthur's impressive collection, and as put by the LA Times, "The Graduation Ceremony" solidifies his reputation as "one of those rare writer-performers where you get the sense, whatever you believe, that something greater is being channeled through his music and voice…"

"The Graduation Ceremony" has prompted a North America tour this summer with dates into September, including stops in Ohio, New York, Montreal, Austin, and Nashville. Of course, one of those stops was  in Camden, with the rest of the XPoNential lineup.


Set List:
Out On A Limb
Almost Blue
Midwest

More in this category: « Kate Bush Amos Lee Finds Mighty Inspiration On His New Album »
back to top