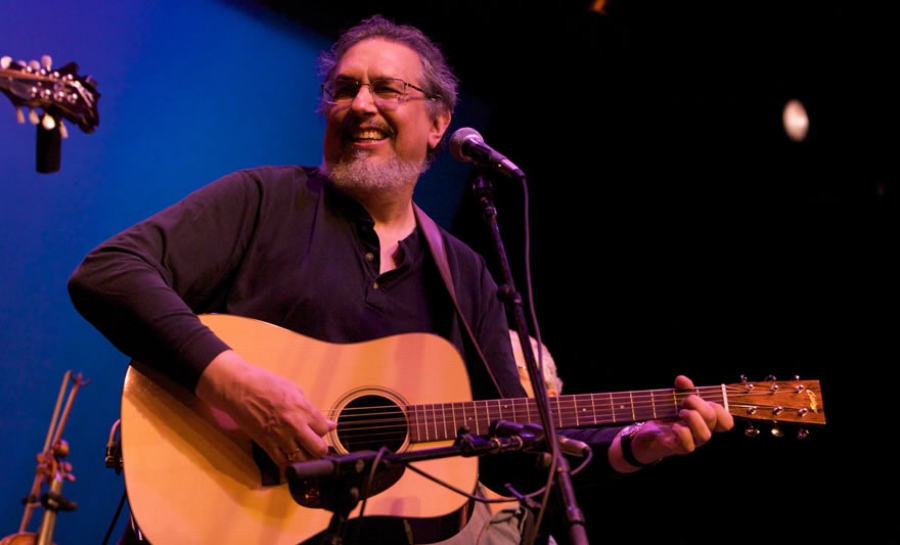 Born and raised in Philadelphia, David Bromberg gained prominence as a session guitarist in the sixties for folk and country legends including Bob Dylan and Jerry Jeff Walker.

Bromberg has enjoyed an illustrious solo career since 1971.  Weaving through bluegrass, folk, blues, and rockabilly influences, Bromberg established himself as a talented songwriter to rival his reputation as a master instrumentalist.

Bromberg's early albums featured noteworthy guests such as George Harrison, Jerry Garcia, and Phil Lesh, and his unique style of blues prominently featured brass sections to create a sound that would later be coined "hillbilly jazz."  Bromberg accumulated an impressive solo discography through the seventies and eighties, as he continued to work in the studio for renowned artists such as Ringo Starr, Willie Nelson, and The Eagles.

Beginning in the early eighties, Bromberg gradually left the live music scene to spend additional time with his family and to explore his interest in collecting, dealing, and repairing violins. But unable to stay away too long from music, he has steadily increased his profile in the past few years, playing concerts and festivals with the David Bromberg Big Band, the David Bromberg Quartet, and with his wife in Angel Band.  February 2007 saw the release of Bromberg's first studio album in eighteen years, Try Me One More Time.  Comprised solely of Bromberg on acoustic guitar and vocals, the album brings David back to his roots as an outstanding blues guitarist. The album was nominated for a Grammy Award in the category of Best Traditional Folk Album at the 50th annual Grammy Awards in 2008.

Bromberg is now back with a follow up, "Use Me." In contrast to "Try Me", it's mostly electric--but still full of his signature funky, soulful blues. With contributions from artists such as Linda Ronstadt, Keb' Mo', and Dr. John, it's a 12-track collection of musical mastery as well as an endless undercurrent of bluegrass.


Set List:
RIDE ON OUT A WAYS
TONGUE
IT'S JUST A MATTER OF TIME

Tagged under
More in this category: « Rayland Baxter On World Cafe Dawes »
back to top