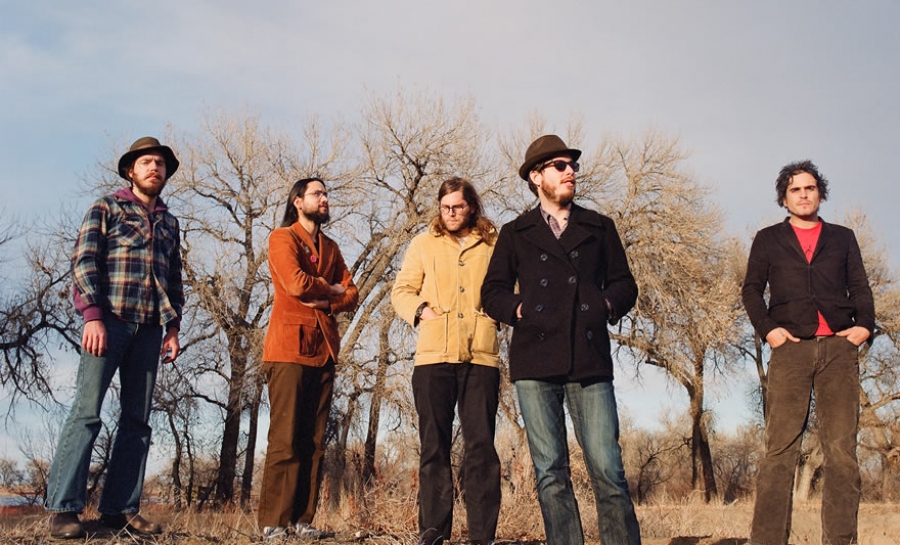 The label mates have just released new, acclaimed albums this summer, and are now on tour together. In World Cafe studio, the two indie folk outfits detail inspirations for their respective releases, and end with a brief, rare collaboration between Johnson and a Vetiver band member, Sarah Versprille.

Vetiver has been around since 2004, boasting the influence and collaboration of folk greats such as Devendra Banhart, Joanna Newsome, and of course Eric Johnson (of Fruit Bats and The Shins fame). Lead man Andy Cabic put together the group after joining a thriving community of freak folk artists, and thus far, the group has released five albums of stunningly beautiful folk-based indie rock. Their latest, "Errant Charm", came out this June on Sub Pop, and its sound is aesthetically pleasing on enough different levels to be more than simply lovely to listen to--"Charm" could be perfect party background music or the prime spin for a sunny, contemplative afternoon. Released within a few months of "Charm" was the Fruit Bat's "Tripper", more of a storied effort in comparison to "Charm" but undeniably under similar influences. Over time, Johnson has infused electronic, pop and rock sound on a indie-folk base that has brought Fruit Bats comparisons to Joanna Newsom and Sufjan Stevens. "Tripper" is also the fifth release for this band, packed with the Fruit Bat's signature sound--upbeat, easy listening. The stories move in feeling from quiet humor to soft melancholy and jazzy cheer, inspired by Johnson's travels and chance encounters.

Given their similar beginnings and shared elements, Fruit Bats and Vetiver mark much of what is good about the contemporary folk-pop movement--and this World Cafe session showcases them side-by-side. What's not to like?


Session Set List:
IT'S BEYOND ME
WONDER WHY
TONY THE TRIPPER
PRIMITIVE MAN
PICTURE OF A BIRD

Tagged under
More in this category: « World Cafe Encore Week: Revisiting The Past Year Of Studio Sessions Bon Iver »
back to top