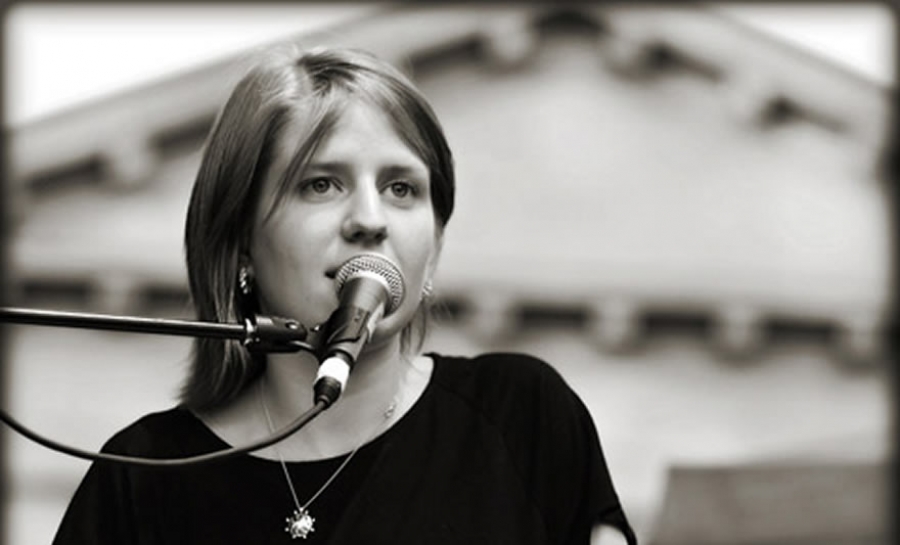 Czech musician Markéta Irglová has established herself as a one of the most adored darlings of the indie folk scene.

She has been collaborating with Glen Hansard and his band The Frames since she was 13 years old.  She broke onto the scene in 2006 when she recorded her first album, The Swell Season,  with Hansard.  That year, at the young age of 19, she co-starred with Hansard in the film Once.  The duo composed the airy, melodic duet "Falling Slowly," for the movie and it won an Oscar for Best Original Song in a Motion Picture, making Irglová the youngest artist ever to receive that Oscar.  Following the film's success, Irglová and Hansard toured as The Swell Season, and meanwhile, Once underwent a serious adaptation for Broadway.  Now, with Once playing live in New York and Markéta Irglová wrapping up a tour with Iron & Wine in which she showcased her solo album, Anar, it seems that everything this soft-spoken, unassuming folk icon touches turns to gold.

Even if you missed Irglová's solo debut, Anar, when it was released in October, there season is still perfect to enjoy this soft, wintry album.  Anar has a melancholic quality, but it's not so morose as to be heavy.  Irglová's vocals glide gently over the piano-centric melodies.  It doesn't have the volume and intensity of her collaborations with Hansard, but rather delivers a different kind of aesthetic.  On tracks such as "Go Back" and "Crossroads," Irglová demonstrates her song-writing sensibilities with subtle jazz riffs and a quiet sort of urgency. In this World Cafe interview, Irglová discusses the symbolism that she incorporated into her album, as well as her thoughts on the Broadway production of Once and on another album from The Swell Season.

Listen to Irglova play live songs from her new album and chat with David Dye about the Persian instruments used by the band.

WE ARE GOOD
FOR OLD TIME'S SAKE
GO BACK

More in this category: « Grace Woodrofe George Ezra On World Cafe »
back to top