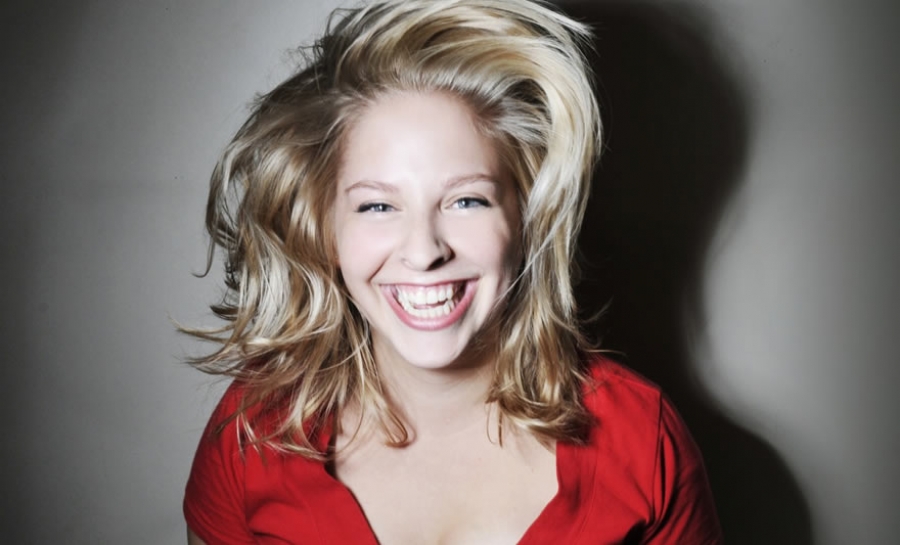 Hailing from New York, acoustic pop sensation Julia Nunes got her start posting videos on YouTube. Playing covers from idols such as the Beatles, Ben Folds, and The Beach Boys, Nunes and her unique uke-melodica styke soon had her on stage, opening at the request of Ben Folds.

Translating millions of views online to a successful real life career was relatively easy for this talented multi-instrumentalist. Nunes grew up surrounded by music. Her father and both grandfathers are musicians and Nunes began piano lessons when she was seven. She picked up the guitar a few years later and the uke in 2005. She began posting her creations and covers on youtube a year later, and as of now she's released four full-lengths.

"Settle Down" is Nunes' first album with a label, and it came out on February 28. Over the six years since she began her youtube channel, Nunes' style has evolved from punk pop to mellow ukulele pieces that showcase her voice. "Settle Down" was funded almost entirely by listeners through Nunes' Kickstarter campaign, a testament to the power of her online fanbase. Nunes' videos have over 45 million views combined on youtube, a number that's certain to grow as she "tours and sings her face off" (as she puts it) in support of her new album. Nunes was recently featured as a World Cafe: Next artist, and now she's back on the air as a full-blown World Cafe artist. Given the deep emotion, plunky uke, and lovely self-harmonizing on "Settle Down", there's little doubt this up-and-coming songstress will be around for some time.

Tagged under
More in this category: « Imelda May On Repeat: World Cafe's Favorite Discoveries At SXSW 2018 »
back to top