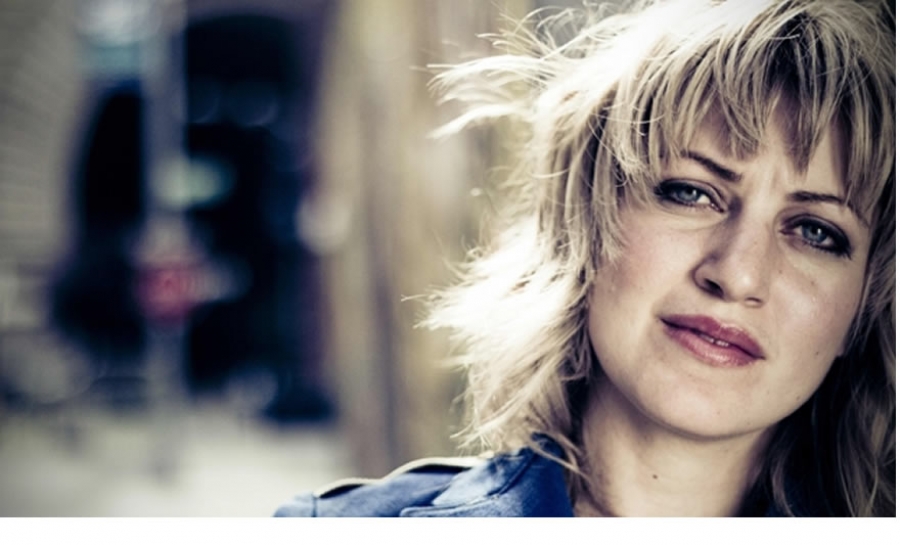 Singer-songwriter, Anaïs Mitchell hails from Vermont and she's been deeply influenced by all things classic folk. Her strong, emotive vocals and confessional ballads have earned her comparisons to Leonard Cohen, Bob Dylan, and Gillian Welch.

She got her start writing and singing protest songs, and released her debut "The Song They Sang... When Rome Fell" in 2002. Since that time, she's added five more albums to her discography and collaborated with the likes of Ani DiFranco, Justin Vernon (Bon Iver), and Ben Know Miller (The Low Anthem). Mitchell is just coming off the release of her latest offering, the operatic "Young Man In America."

Given Mitchell's deft line-walking between genres, her penchant for storied poetry, and her deep reverence for the expressiveness of folk, it's little wonder that "Young Man in America" is one of her most critically acclaimed releases yet. Her craft only ages with time, spurred on by her passion for the subject matter. "Young Man in America," as Mitchell tells David Dye in today's interview, is woven with a theme about social responsibility. Inspired by the scenes of struggles in our current economic crisis, Mitchell has evolved her original protest music into something more allegorical and more applicable to any time period.