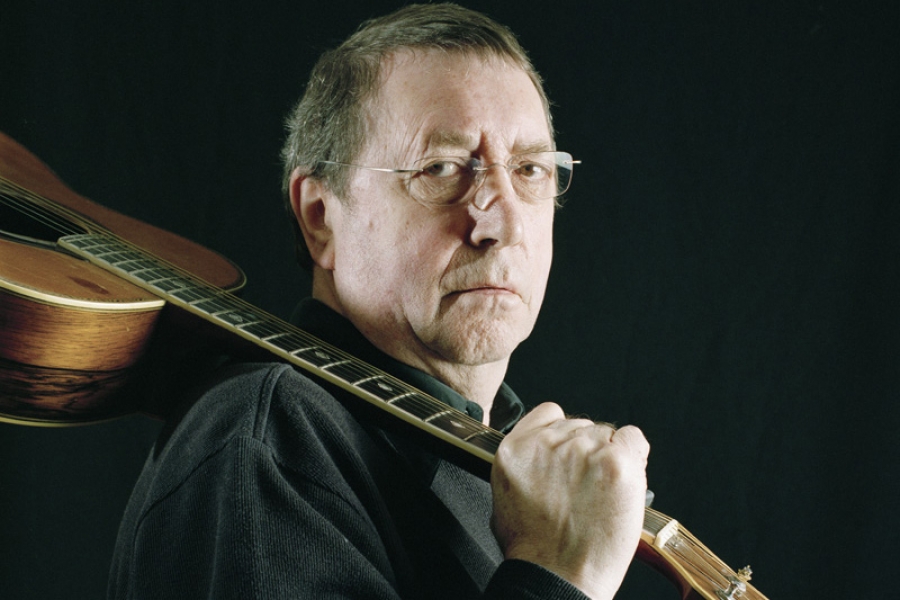 
February 10, 2014 - Our guest on this Vintage Cafe is the British folk musician Bert Jansch who passed away from cancer in October of 2011 about ten months after recording this interview. A founding member of the acclaimed folk-jazz-blues band Pentangle along with fellow guitarist John Renbourn, Jansch was one of the most influential guitarists from the Sixties despite not being that well known. His finger style acoustic playing combined blues licks with folk styles- it was so unusual that both Jimmy Page of Led Zeppelin and Neil Young consider him a genius. Page adapted one of the pieces Jansch will play today, “Black Water Side,” into Led Zepplin’s “Black Mountain Side.” Bert had already been suffering from cancer that was originally diagnosed in 2009 at the time of our interview.

Tagged under
More in this category: « John Butler Trio Temples »
back to top