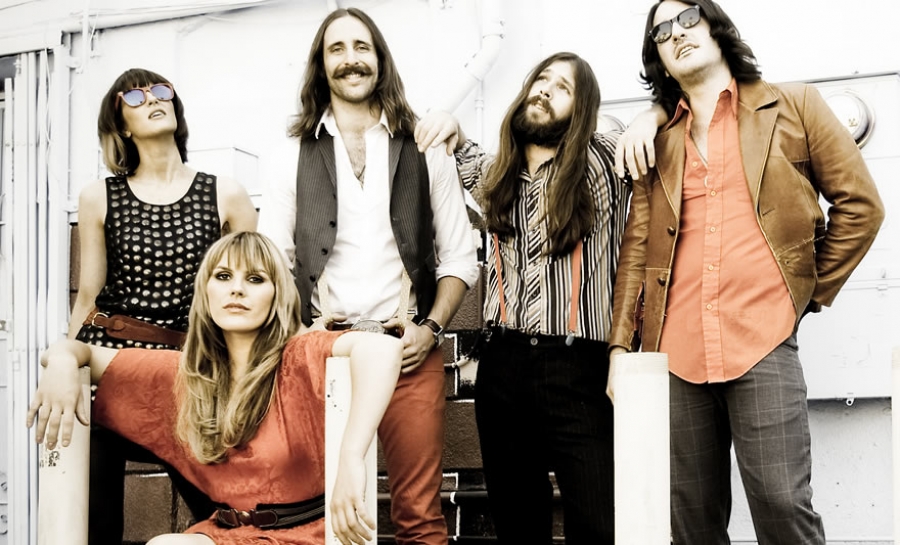 Grace Potter has been captivating audiences with her musical prowess since 2002. Her talents are split between her impressive multi-instrumentalism, her impassioned vocals, and her energized stage presence. Potter's band, The Nocturnals, was founded because of her talent – band mate Matt Burr saw her perform folk songs at a student-run venue.

Burr reached out to Potter and to other musicians and formed The Nocturnals. The band’s rapport with Potter is very in-sync, something which truly elevates their music to the highest reaches of roots rock. Grace Potter and the Nocturnals recorded their debut, Nothing But the Water, independently at first and then re-released it after being signed by Hollywood records in 2005.

Since then, Grace Potter and the Nocturnals have only grown in popularity. They have played with Counting Crows and The Dave Matthews Band, have become a standard part of the festival circuit, and have released three more studio albums.  Their latest album, entitled The Lion the Beast the Beat, was released this June and was their hardest album to record yet. Potter wasn’t happy with their first round of work on the album. Out of concern that the album lacked unity, Potter went on a personal journey up the California coast to Big Sur and then flew home to Vermont where she began to fit the piece’s she wanted together. The final result is a masterfully cohesive album built around the theme of humankind’s capacity to cause both great harm and tremendous good and the choices that lead to either.

In this session WXPN's Michaeal Majoun sits down with Grace Potter to talk about the making of her new record.

Set List:
THE LION, THE BEAST, THE BEAT
NEVER GO BACK
ONE HEART MISSING
STARS

More in this category: « Emily Haines On World Cafe Tracy Grammer »
back to top