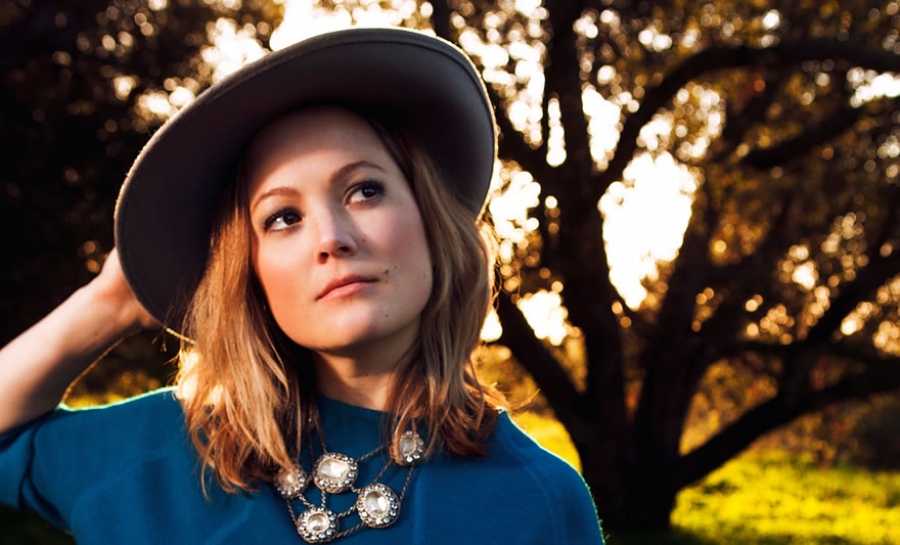 Sara Watkins is more than just a pretty face.  The former Nickel Creek fiddler is also a musical protege, playing the guitar, mandolin, and ukulele with dashing abandon.  And that's not even mentioning her voice, which is earthy and convincingly conveys the heartwrenching emotion of her beautiful and (as of recent) self-written lyrics.

Watkins enjoyed widespread success in the Nickel Creek trio that included her older brother and a childhood friend, spawning five albums including two (Nickel Creek and This Side) that were certified as Gold in the US. Nickel Creek accumulated five Grammy nominations, of which it won one: a 2003 award for Best Contemporary Folk Album (for This Side).  When Nickel Creek disbanded in 2007, Watkins threw herself wholeheartedly into the solo scene. Enthusiasts of her group work were pleased by her first LP, self-titled Sara Watkins, which reached the Heatseekers' #13 spot.

Watkins' recent release, Sun Midnight Sun, is her most mature and professional work yet.  Produced through Nonesuch Records by guitarist/singer/songwriter Blake Mills, Sun Midnight Sun features an impressive cast of contributing artists.  Watkins' duet with Fiona Apple on a reworking of the Everly Brothers' "You're The One I Love" is probably the highlight, but the entire album sparkles with crisp, raw vocals and (of course) plenty of deftly-plucked strings.

Set List:
YOU AND ME
WHEN IT PLEASES YOU
THE FOOTHILLS
MY FRIEND
A LONG HOT SUMMER DAY

Tagged under
More in this category: « Jack Johnson On World Cafe Best Coast »
back to top