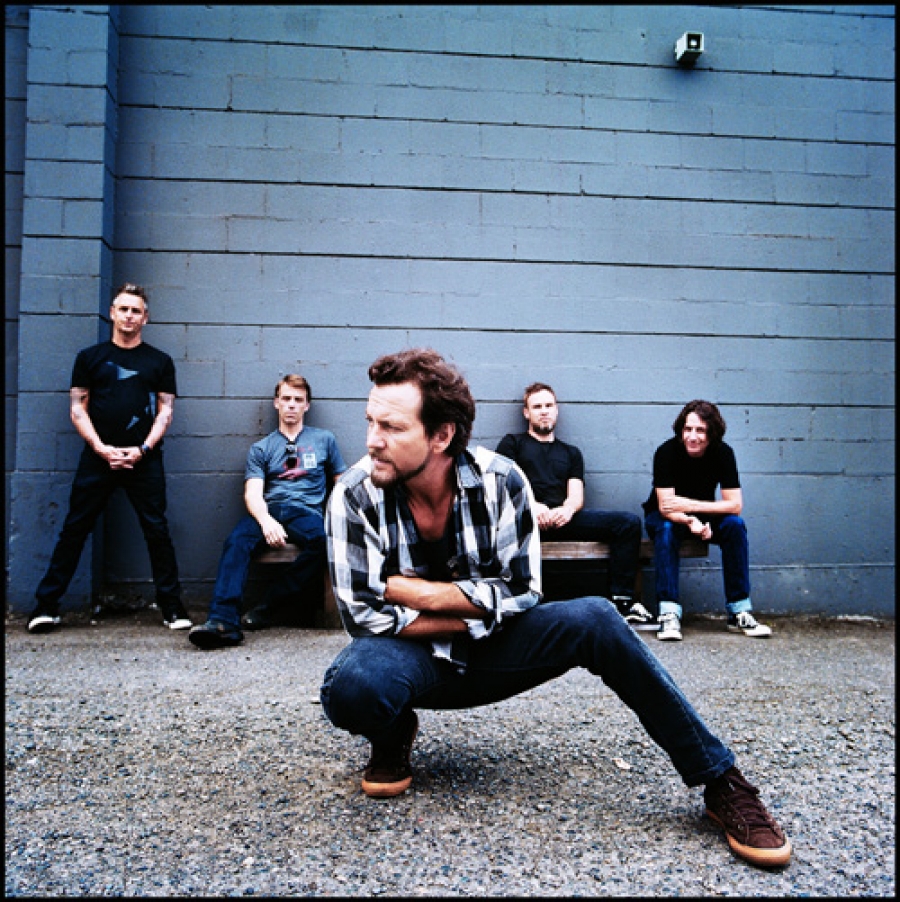 October 8, 2013 - Pearl Jam has a new album Lightning Bolt coming out next week. It is their first since Backspacer in 2009. The band is not doing a lot of publicity for the album but they did sit down with comedic film director and producer Judd Apatow (Anchorman, The Forty-Year-Old Virgin, Knocked Up) or a discussion of the music and their process.
Actually it turns out that not only is Apatow a major Pearl Jam fan but the band has actually turned tables and interviewed him in the past. In part one of this two-part interview, members of the band discuss their process in making Lightning Bolt before Eddie Vedder arrives to talk about composing lyrics and he and Judd Apatow compare writing experiences. We’ll hear about Vedder’s love for The Who’s Quadrophenia as well. It’s a fascinating look behind the scenes with a band and an interviewer at creative heights. We’ll hear part two on the next World Cafe Wednesday October 9th.