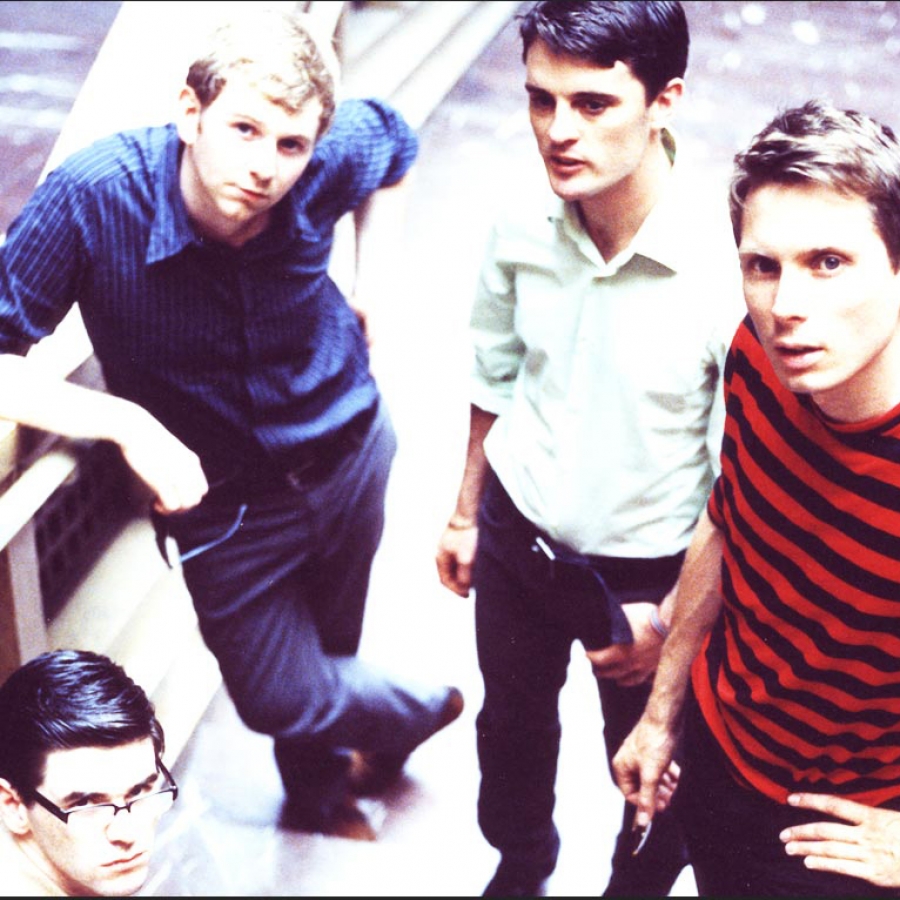 September 6, 2013 - The Scottish art-indie band Franz Ferdinand have a new album called Right Thoughts, Right Words, Right Action. It is their fourth album since their self-titled debut in 2004.

That album was an auspicious beginning selling 3 million copies boosted by the success of the single “Take Me Out.” This new album took the band a bit longer to put out taking a year and a half to record. Members of the dance band Hot Chip as well as Bjorn Yttling from Peter, Bjorn and John helped out on the record that came out four years after their last. We talk with lead singer Alex Kapanos and Paul Thomson and hear a live set.

Franz Ferdinand hail from Glasgow, Scotland. Formed in 2002 when members Alex Kapranos and Paul Thomson met at a party, the band has roots that can be traced back to British art-rock bands like Wire and Gang of Four, but is also one of the archetypes for the modern, guitar-based "indie rock" sound. In early 2004, they released "Take Me Out", a single from their self-titled debut. The song climbed to #3 on the UK charts and the band hasn't looked back since, selling 3 million records worldwide and winning several British music awards. Right Thoughts, Right Words, Right Action is the title of Franz Ferdinand's 4th studio record, released on Domino Records on August 26, 2013.

Tagged under
More in this category: « Robert Cray And Steve Jordan On World Cafe World Cafe Nashville: Rhiannon Giddens »
back to top