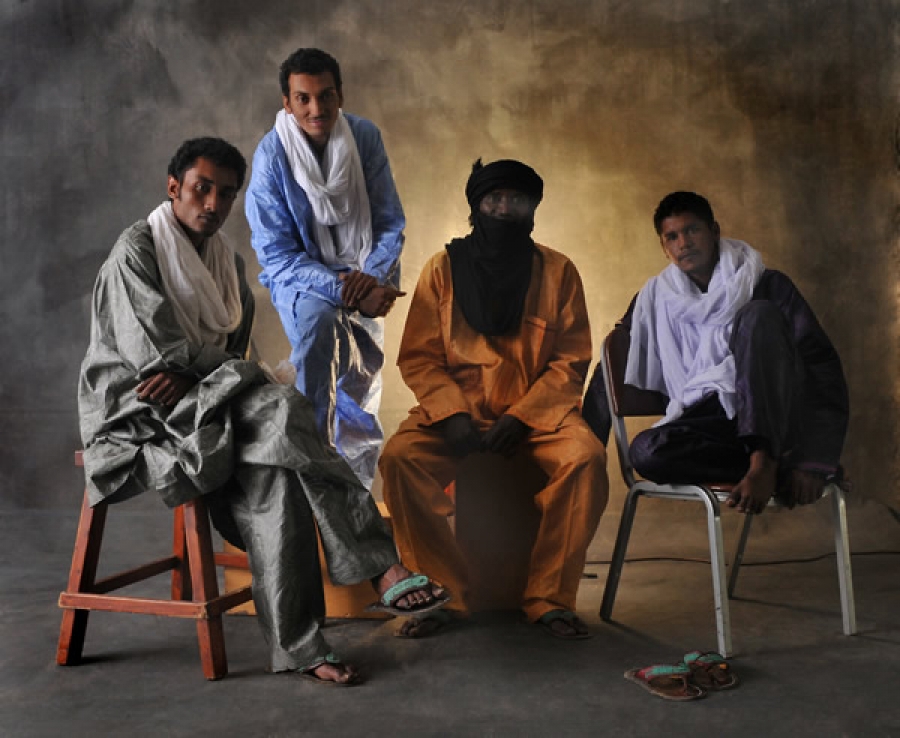 August 30, 2013 - Nomad is an appropriate title for guitarist Bombino’s new album. Certainly the Tuareg people are a nomadic people but the guitarist has been forced to move because of politics twice during his life.

The first time he relocated to a refugee camp in Algeria where he learned to play guitar. The second time going into exile in Burkina Faso lead to the making of his first album, Agadez, released in 2011. The Black Keys guitarist and producer Dan Auerbach heard that album and invited Bombino to Nashville to make what became Nomad. Although neither spoke the other’s language, French or English, there was plenty of musical communication! Bombino’s desert guitar with its long explosively exciting lines somehow fit with Auerbach’s rock-funk-kitchen-sink esthetic to make one of the most exciting albums of the year. Bombino brings his band in to play live.

More in this category: « Father John Misty On World Cafe Jeff Lynne »
back to top