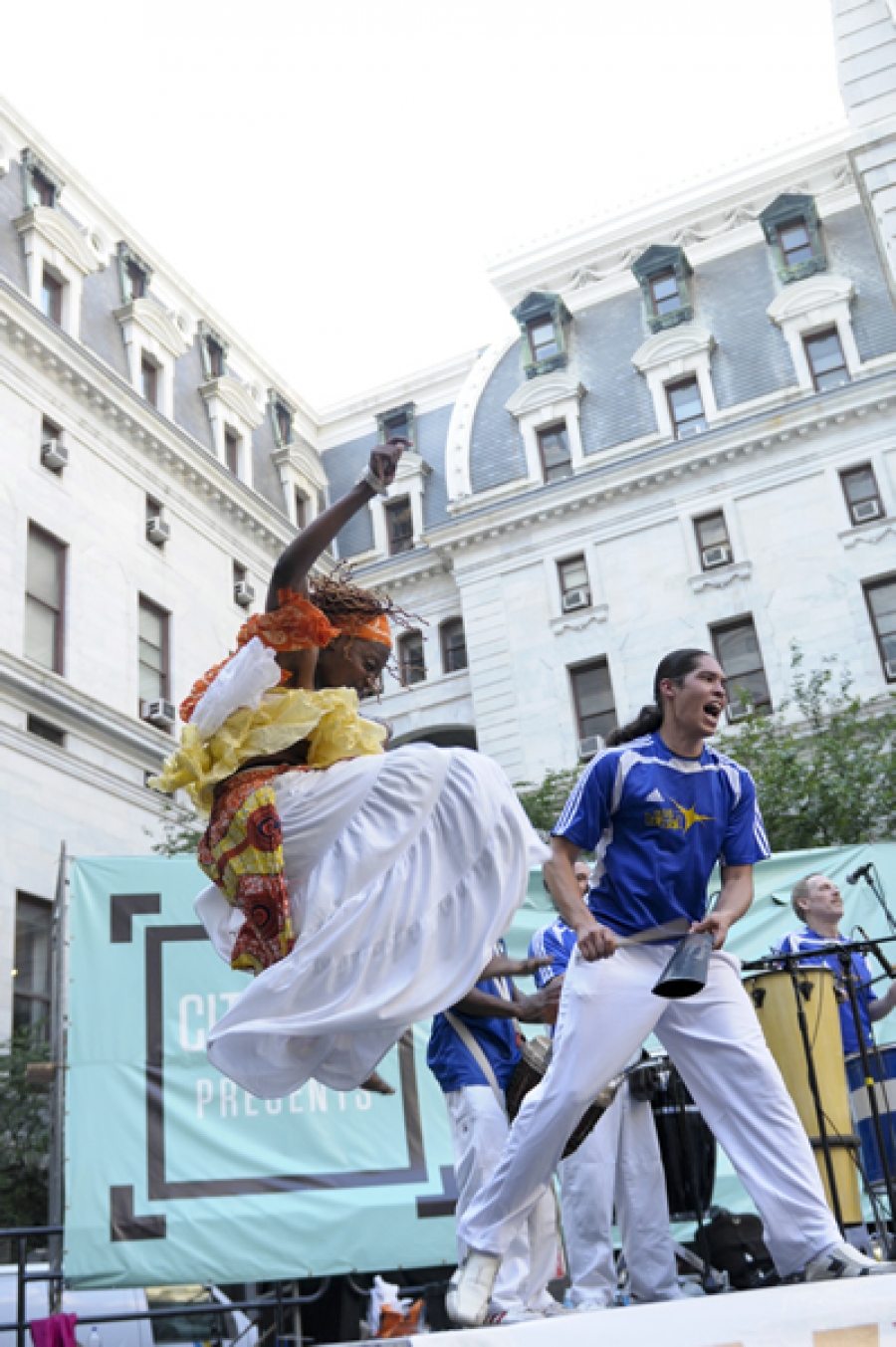 July 16, 2013 - Our guest today Alex Shaw directs the Philadelphia band Alo Brasil. The group manages to synthesize all the various types of samba for American audiences. They are very busy around carnival time in February.

Today he’ll take us through the evolution of the music since the earliest version represented by Samba Chula de Sao Braz. We’ll hear musical examples including one of the songs in competition at Rio’s famed carnival in 2011.

Earlier this year, we recorded a Key Studio Session in the World Cafe Performance Studio. You can listen and watch the performance by Philadelphia-based traditional Brazilian ensemble Alô Brasil here.

You can see Alo Brasil perform live at the XPoNential Music Festival on Friday, July 26, 2013 at Wiggins Park on the waterfront in Camden.
Tagged under

More in this category: « Hear The Nominees For This Year's Americana Awards On World Cafe M.A.K.U SoundSystem On World Cafe »
back to top