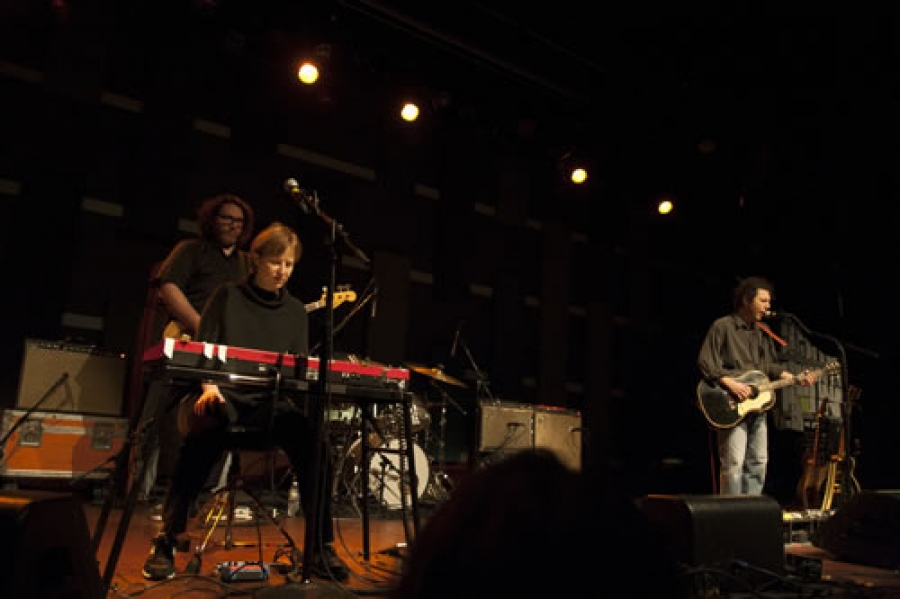 Live World Cafe Session 2013
Photo by Laura Jane Brubaker
Yo La Tengo are approaching their 30th anniversary as a band and have just released one of their best albums yet, called Fade and we'll hear music from it live, on today's session. Plus David Dye gets to talk with Georgia Hubley and Ira Kaplan about the new biography on the band as well.

After nearly 30 years of prolific genre-escaping, indie-rock trio Yo La Tengo has once again taken center stage with its first studio album in nearly four years, Fade. The record is the band’s 13th full-length release and features “Before We Run,” a six-minute piece of orchestral pop showing the group’s stately side.

Few groups have embraced as many musical directions as Yo La Tengo, whose Hoboken, N.J. native members have delved into noise pop, shoegaze, minimalist acoustic folk, funky R&B, and straightforward rock and roll over the course of their career.

The group’s expansiveness continues with the release of the deluxe edition of the LP, including covers of Todd Rundgren's "I Saw The Light" and Times New Viking's "Move to California."

The band recently played a live Free At Noon concert, and you can LISTEN to the full set here.

Yo La Tengo plans to spend most of 2013 on the road in support of their new album.

This session originally aired on February 8, 2013.

Session Setlist
Ohm
I'll Be Around
Is That Enough