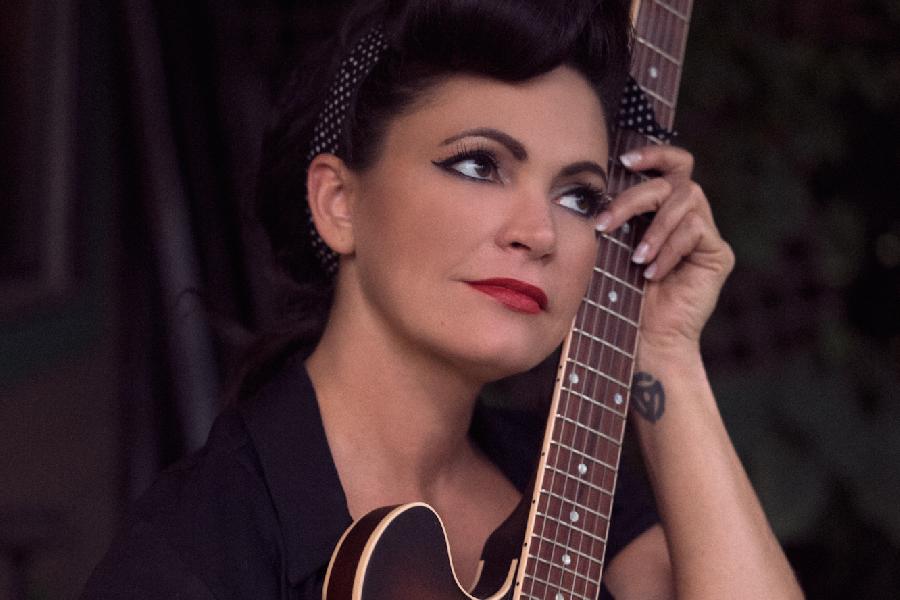 On her new album, Wrangled, Presley fearlessly addresses a country music milieu that, in her view, is downright hostile to women who speak their minds. Hear an interview and performance.
Angaleena Presley tells it like it is. The Kentucky native first gained national attention as one-third of the Pistol Annies, the groundbreaking country trio that also included Miranda Lambert and Ashley Monroe. Her 2014 solo debut, American Middle Class, went deep into the life stories of rural Southerners, capturing the pride of people ignored by the mainstream and the limits their environments create.

More in this category: « Do Amor Os Mutantes »
back to top
Site Map | Help & FAQs | Privacy | Contact | Playlist | Public Inspection File | Public File Help
Copyright 2021 WXPN-FM / The Trustees of The University of Pennsylvania, All Rights Reserved
XPN.org is made possible with the generous support of XPN Members and our Business Sponsors.