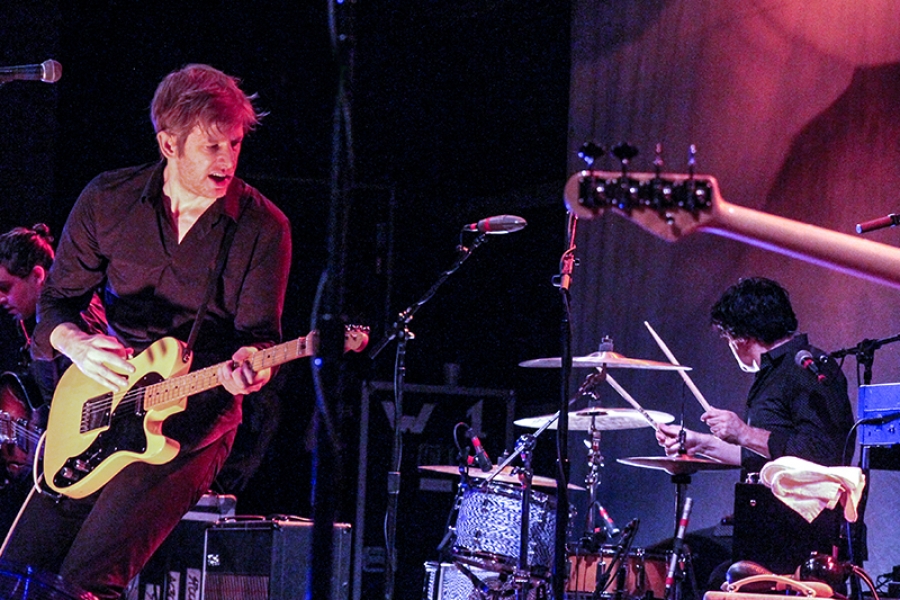 See And Hear Spoon Play Songs From They Want My Soul


Spoon, the band that originally formed in Austin, Texas, two decades ago, recently released They Want My Soul their follow-up to 2010’s Transference. The planned interim of 4 years proved valuable with lead singer and songwriter Britt Daniels playing in another band, Divine Fits, and even bringing a member back with him when Spoon got underway again. Drummer Jim Eno honed his production chops with Austin bands !!! and Telekinesis. Spoon’s career really kicked in in 2001 with Girls Can Tell. The very successful string of their last 5 albums were released by Merge Records who they left before releasing the new one They Want My Soul. When the band returned to work they used both Joe Chicarelli and Dave Fridman as production partners. Our session today features the new songs played live on stage in front of some Spoon fans at World Cafe Live and we’ll talk with Britt, Jim and bassist Rob Pope. Our video of “Do You” captures them live on stage.