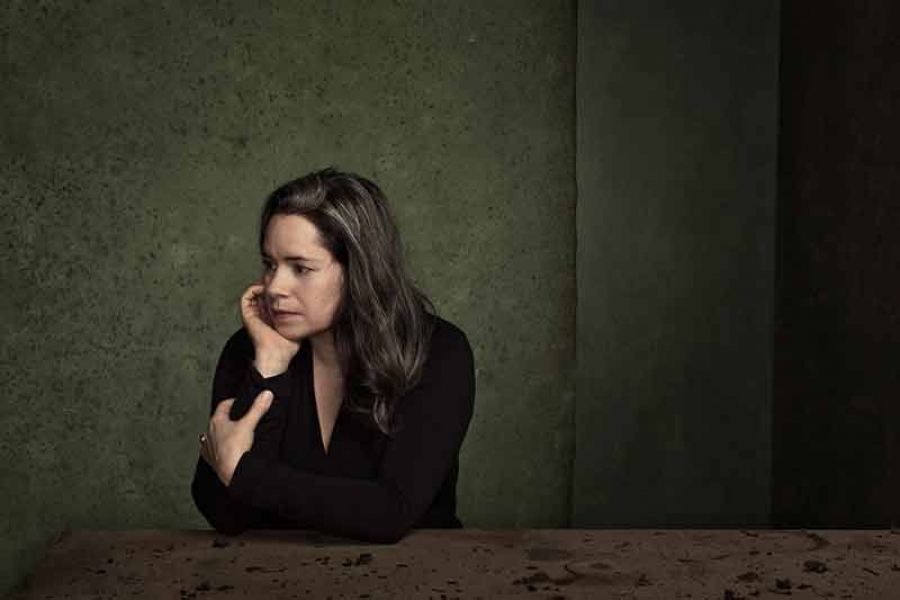 
May 23, 2014 - Our guest today Natalie Merchant is back with her first solo album of her own material in 13 years. At 17 she joined 10,000 Maniacs out of her hometown Jamestown, New York and became their creative center. After seven albums she left the band in 1993 to begin her solo career with equal success. She took a hiatus to raise her daughter. Now, after a couple of projects for her own Myth America label, Natalie is back with a new album and some strong new songs that we will hear live today from the stage of World Cafe Live.

Tagged under
More in this category: « boygenius On World Cafe The Lumineers »
back to top
Site Map | Help & FAQs | Privacy | Contact | Playlist | Public Inspection File | Public File Help
Copyright 2020 WXPN-FM / The Trustees of The University of Pennsylvania, All Rights Reserved
XPN.org is made possible with the generous support of XPN Members and our Business Sponsors.