Listen
You are here: World Cafe //   The Kills 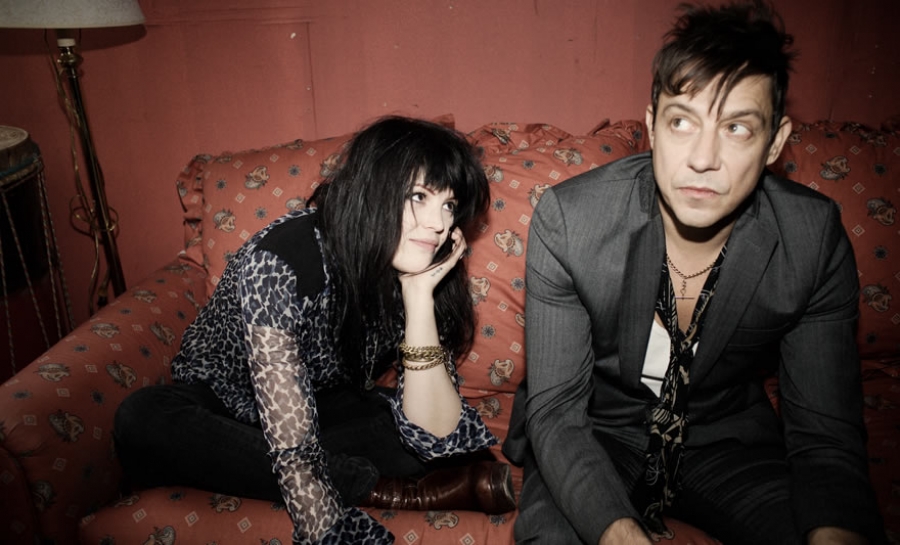 The indie rock duo, The Kills, came together when Alison “VV” Mosshart heard British guitarist Jamie “Hotel” Hince practicing in a hotel for a band he was in at the time.

Alison and Jamie began airmailing work tapes back and forth across the Atlantic, but soon realized that a long distance collaboration was too taxing. Mosshart moved across the pond from her hometown in Florida to London, and the duo, The Kills was born.

The duo won their fame through their powerful live shows with a lo-fi, indie punk style that was musically and aesthetically pleasing to their audiences, and earned them comparisons to the White Stripes - part garage rock with a mixture of blues.

So far, The Kills have released a total of four albums, the latest of which is "Blood Pressures". It's as confrontational as their three previous releases, but it also shows the band's maturity. There's not so much screaming, but there's still plenty of nostalgia, alluring and mysterious. The album is rough, raw, and undeniably hip but also full of tension through restraint. If anything, over the years together, The Kills have learned how to keep listeners on the edge of their seats.

The Kills are currently touring throughout North America in support of "Blood Pressures", but they will soon be jetting off for a series of dates in the UK.

More in this category: « Over the Rhine 'You Can Be Your Best Friend': Hear Robyn On World Cafe »
back to top
Copyright © 2022. xpn.org. Designed by Shape5.com Joomla Templates
Desktop Version